FamilyLife President Dr. Dennis Rainey spoke at the 2009 Weekend to Remember® marriage conference in Grapevine, Texas, before nearly 4,000 people. During the weekend he wrote some impressions of how God is working through the cause of the family to touch the lives of people across America and even around the world.

Last night we launched the largest Weekend to Remember in our 33 years of doing marriage conferences. As Dan Jarrell (who also spoke at the conference) and I made our way to the ballroom, we looked around at the crowd of young couples who were attending. We remarked to one another that it is extremely gratifying to see the Weekend to Remember attracting these couples. We must equip them to have a relationship with Jesus Christ, and to build their marriages according to God’s blueprints.

I wish you could see what a giant ballroom looks like when it is filled with 4,000 people who are hearing God’s plan for marriage and family. Any time I attempted to go anywhere in that mass of people, I drew a crowd very quickly. They came up in smiles or with tears of gratitude in their eyes—all wanting to share what God has been doing in their lives.

What do you say when you are approached by people who have such wonderful stories?

“We are from Taiwan and have your book Staying Close in Mandarin and would like you to sign it. We want to take this conference back to our country.” What do you say?

“I just want to hug you and say thanks! We’ve been married for 11 years and this is our tenth conference. We’ve been bringing couples every year since the first year from our African American Church.” What do you say?

“We came here for hope because our marriage was over. We now have threads of hope. Thank you!” What do you say?

“I’m from Ethiopia and my country and all of Africa desperately need this training. My country is a mess. We have no family structure that spiritually equips generations. There’s mistrust, immorality, AIDS, and death everywhere. I’m ready to go back and do this full time.” What do you say?

“We’re Hispanic and we’ve been to 12 conferences. It’s made such a difference in our lives that we’ve been bringing couples ever since.” What do you say?

“We are from Brazil and going back there immediately after the conference. We want this for our country now!” What do you say?

“My parents have given leadership to promoting the Weekend to Remember in Minneapolis for nearly 20 years. I’ve answered phone calls as a little girl and had couples sign up to attend. I’ve sent out hundreds of brochures to equip marriages and families to follow Christ! Now I’m finally here with my husband and I just want to say thank you for your work!” What do you say?

“I’m a pastor from Kenya. Can we take this back to our country?”

“I’m here because we both lost our jobs. Thank you for allowing us to attend free.”

“We are seminary students and will be starting our ministry soon. Thank you for allowing us to attend free.”

“Our parents gave us the conference as a wedding gift four years ago and we are just now taking advantage of it. Wow!”

What do you say to the dozens of men who came up and took my hand to shake it and looked me in the eyes saying, “I will pray with my wife every day.” To radio listeners who thanked us for helping them in their marriage and for helping them raise their children?

And finally, what do you say to two couples who brought 105 couples from their African American Church … 105 couples! They want to have a vow renewal service for the entire church … with the 105 couples leading the congregation of over 3,500 people!

What do you say? TO GOD BE THE GLORY!

The conference ended on an exclamation point as I introduced a pair of American heroes, Brian and Mel Birdwell. You may recall that Lt. Col. Birdwell was just stepping out of the men’s room near his office at the Pentagon when a hijacked 757 slammed into the building on 9/11. With burns over 60 percent of his body, he spent the next three months in a hospital.

Theirs is a love story of a different kind—a wife’s tenacious love for a man who, at first, wanted to die because of the excruciating pain. Her voice and love brought hope. When we heard the story in 2002, we honored Mel Birdwell before 18,000 at the MCI Arena in Washington, D.C., with the Robertson McQuilkin Award for covenant-keeping love.

As I introduced them at the conference, over 4,000 people stood in a full one-minute ovation in honor of this couple’s service, sacrifice, and model of following Christ. With a good dose of wit and humor, they talked openly and honestly about their commitment to Christ and love for one another.

Afterwards, as couples in the audience stood and faced one another to restate their wedding vows, I was reminded that in this and seven other locations around the country, almost 10,000 people were doing the same thing. I am more convinced than ever that “all roads really do lead home,” and that this is the ministry of the hour in challenging times. The generational impact of this one weekend could be in the millions. Now that’s a cause worth your life! 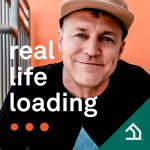 You Are a Theologian: Jocelyn Hepler

with Jocelyn Hepler December 2, 2022
Why should you as a young person care about theology? On Real Life Loading..., Shelby Abbott hosts blogger and campus minister Jocelyn Hepler who tells us what you think about God literally impacts how you live your daily life, so theology is super import