Go Back To All Miscellaneous Articles

Deserted By His Dad

Brian Yak didn’t want to get married until he had the chance to meet his biological father … and get some answers.

Driving from Nashville to Jacksonville, Florida, Brian Yak wondered how his search for his biological father would end. In a matter of hours he would meet the man who had deserted his family when Brian was only a few weeks old.

Brian wanted to believe that his father had turned his drug and alcohol habits around. Yet he couldn’t ignore 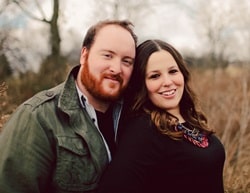 the fact that his dad sounded drunk when they set up their meeting by phone.

Jesus, what really is the purpose of this? he prayed as he passed mile marker after mile marker on the busy freeway.

Eventually the answer came: It’s an opportunity for you to look into your father’s eyes and forgive him.

When Brian was about 6 years old, he learned he was adopted. He and his mom were at Wendy’s that day when she said the man he called “Dad” was not his father. “I was divorced before marrying him. You were our ring bearer.”

Brian did not understand the full implications of her words. He simply said, “Okay.” And that was that. He was content to be loved by his mother and the man he called “Dad.”

While growing up, Brian’s mother had done her best to protect him from his biological father’s world. All he knew about him were the few things she told him: His father had abused drugs and alcohol. He had repeatedly lied and broken his promises to be sober and clean.

None of this really mattered to Brian when he was a child. That’s because his mother had remarried a wonderful man who loved him as his own son.

Growing up, life was good for Brian. His parents gave him the opportunity to have a bright future and helped him understand the grace of God.

He had few questions about his biological father … until he went to college and began thinking about getting engaged. That’s when he realized there was a big piece of his past missing.

With a family history of a broken marriage and a failure for a father, he wanted to know what really went wrong. Were there addictive tendencies in his bloodline that would cause him to one day fail in his own marriage?

Brian was terrified to ask his girlfriend, Christa, to marry him. Before he got married he simply had to have an answer to one question: Who is the man who gave me life? He wanted to look his father in the eye and ask, “Why wasn’t I worth it 24 years ago? … Why didn’t you sacrifice for me? … Were drugs and alcohol really more important than your family?”

With Christa’s encouragement and his parents’ support, he began an online search. It didn’t take long for a photograph of his biological father to pop up on his computer screen: a mug shot from an arrest. Then he found his father’s phone number.

After mustering up the nerve to call, Brian was soon disappointed. His father sounded inebriated.

But they agreed to meet for lunch at a restaurant in Jacksonville. Brian hoped that, at the very least, he would hear his father apologize for abandoning him and his mom. And at best, he wondered if they could begin a healthy, new relationship.

Brian knew the risk of heartache as he headed from Tennessee to Florida. He was about to reawaken a relationship that had been dead for more than two decades. When he pulled into the restaurant parking lot, he sensed his life would never be the same.

A few minutes later he met his father face to face. With an awkward handshake and introduction, the middle-aged man appeared overwhelmed at seeing how his son had grown over the past 24 years.

Brian also met a grandmother and learned that he had a half-brother. His grandmother had driven his father to the restaurant that day because his driver’s license had been taken away after yet another arrest.

Brian sat that day with two people who shared his DNA, but strangely they had little else in common. His relatives seemed uncomfortable and said they were not “restaurant people.” They didn’t order anything while Brian ate his meal.

There was no Hallmark ending at the restaurant that day. No deep father-son conversation. Brian’s father never admitted to doing any wrong.

Brian could not help but wonder why his father never turned his life around. His adopted dad had sacrificed so much for him. Why hadn’t his biological father been willing to do the same?

And it was impossible for Brian to understand why his dad seemed so detached. His lack of interest made Brian feel worthless in own father’s eyes, like a piece of litter carelessly tossed to the roadside.

Brian did learn some things about his father. He married again after Brian’s mom divorced him. But that marriage, too, ended in divorce.  Brian realized the marriages had failed not because of circumstances or fate but because his father had made some poor choices.

And now Brian had to make a choice for himself. He was at a decisive crossroads. Would he dwell on past hurts that he could never change? Or, would he choose instead to cling to the words of Jesus in Matthew 6:12 and forgive his father?

Would Brian become bitter, holding his father’s failures against him? Or would he release his father from any obligation toward him?  Would he put his limited understanding aside and give his hurts to all-knowing God?

Everything within Brian wanted to say, “This isn’t just! How could my very own dad be such a loser? He simply doesn’t deserve my forgiveness.”

But words of accusation would not fix his father. Nothing he could do would erase the past … or make his father change.

Brian remembered how God had not withheld forgiveness from him (John 3:16).  He remembered that by faith, as a follower of Jesus Christ, he was to do the same others (Colossians 3:13).

His father really didn’t really owe him anything because forgiveness is not something to be deserved. Instead, it’s freely given. So, at the end of his meal, he looked at his father and said, “I forgive you.”

There was no change in Brian’s father that day as he said those three little words. But there was a big difference in Brian’s spirit. He felt an odd sense of relief.

Before they parted that day, Brian gave his father a hug. Looking him in the eye he said, “I love you,” not knowing if they would ever meet again. Then Brian headed back to Nashville with an empty heart.

The drive was long and hard. But it gave him time to think. His trip had not been in vain. After all, he met his biological father and better understood his roots.

Releasing his hurts to God freed him to move forward.  It took his focus off of what his relationship with his biological father could have been, and caused him to have a new appreciation for his adopted father.

He vowed not to make the same mistakes of his biological father. Instead, his marriage and family would be modeled after the sacrificial love of his adoptive dad and the unfailing love of his eternal Father.

In the next two years, Brian and his biological father connected just a few more brief times by phone. And then he learned of his father’s passing on Facebook.

Brian was grateful he had searched for his father and thankful they had met. Comforted that he had forgiven him.

Brian also knew that his heavenly Father wanted only the best for him. He would continue to look to the future and not dwell on the past.

Forgiving his biological father gave Brian the courage to marry Christa. Like Brian, Christa understands the heartache of children who have lost their biological fathers. She was a little girl when her father passed away due to cancer. And like Brian, she is a singer and songwriter.

Brian and Christa realized the unique way that God had knitted their hearts together, and talked about how they might do music together. After spending some time in prayer Brian said, “Why don’t we call ourselves ‘For the Fatherless’?”

And with that decision, it all made sense. As two people who had lost their earthly fathers they would write music and sing songs that did more than entertain. “We wanted to draw the fatherless [because of death or alienation] to our heavenly Father,” Brian says. ” … to let them know that we are for them.”

And today, the Yaks are doing just that. They are reminding others that there is no faultless father on Earth. That every person on this planet makes plenty of mistakes.

“We write and sing songs to lead others to the only perfect Father,” Brian says.

Now Brian and Christa not only serve as worship leaders at The Chapel at Crosspoint (Buffalo, New York), but also record and perform music as For the Fatherless. It’s commonplace for people to come up to them after concerts and tell their own stories about losing their fathers.

And as they do, Brian and Christa are reminded that God is using them in a unique way. He is turning the wrongs of Brian’s father into something very right.

Copyright © 2015 by FamilyLife. All rights reserved. To learn more about Brian and Christa’s music, visit their website, For the Fatherless music.