Go Back To All Sexual Purity Articles

Ryan was only 11 years old when his parents gave him “the talk.”

“We thought, He’s so innocent,” says his mother, Deb Gulbranson. “We wondered, Should we tell him this?” Now, six years later she’s so glad they did.

Deb and her husband, Doug, used Passport2Purity® (P2P), a kit developed by FamilyLife to help parents build relationships with their pre-teen children while laying a foundation of purity. The material is designed for a weekend getaway for a mother/daughter or a father/son.

Each P2P kit contains five CDs with messages from Dennis and Barbara Rainey, a journal for pre-teens with follow-up devotions, object lessons, and a guide for parents. The Raineys cover topics from peer pressure to body changes to the traps that teens so often find themselves in today.

Doug says that the material was presented in a way that made discussing purity comfortable for him and fun for his oldest son. Since then, Doug and Deb have taken Ryan’s younger brother, Parker, and sister, Lauren, through their own P2P weekends.

What did the kids think about their special weekends? Ryan, now 17, says that he and his dad made some memories that he’ll never forget. He recalls staying in a cabin and fishing for northern pike with his father. And he often thinks of the commitment that he made then, promising not only God and his dad, but also himself to “just stay pure for marriage.”

Fifteen-year-old Parker also cherishes the one-on-one time that he had with his dad on his P2P weekend. How could he forget the fun they had driving at night in a wooded area, listening to blues harmonica music, and spotting deer? Now, four years later, he says it was good to have those heart-to-heart conversations about friends, school, and sexual pressures. “Dad … was caring about me and had my back.”

Thirteen-year-old Lauren went through her P2P weekend at a hotel earlier this year. She not only enjoyed some special time with Mom, but also learned to knit. Their candid talks helped Lauren to “set standards about what I was and wasn’t going to do. It helped me set a good path.”

An introduction to Passport2Purity

Doug and Deb first learned about P2P when they attended a Weekend to Remember® marriage getaway. They already knew that it was important for them to eventually have heart-to-heart conversations with each of their children about sex, but they did not know how to go about it. Their parents had not talked with them about sex and purity. “We knew that we wanted to do it differently with our kids,” Deb says, “but we weren’t sure how because we didn’t have that model.”

When they saw a P2P kit in the resource room at the getaway, they recognized it as a helpful tool that could open a discussion about purity with their children. “We saw the value in it immediately,” Deb says. “It was all right there for us … and it was biblically based.”

Both Deb and Doug are grateful that they have now had talks with each of their children about moral purity. “I didn’t have those kinds of conversations with my dad,” Doug says. And they are grateful that P2P not only gave them a foundation for that dialogue to be ongoing, but it also gave them a common language. For example, Deb says, “We all know exactly what we are talking about when we mention ‘getting too close to the cliff.’”

Going through puberty has never been easy. It’s an awkward time of life when girls and boys are caught between two worlds as their bodies mature. Like most parents, Doug and Deb Gulbranson just didn’t feel ready to explain the facts of life to their oldest child, Ryan, when he was a pre-teen. But they are so glad that they stepped out of their comfort zone. “As a dad,” Doug says, going through P2P with the kids “kind of helped me puff up my chest a little bit. I did something very significant. Very important. It was my job to do it.”

Copyright © 2012 by FamilyLife. All rights reserved.

How Doug and Deb Gulbranson used Passport2Purity® to teach their children about the pressures they would face as teenagers. 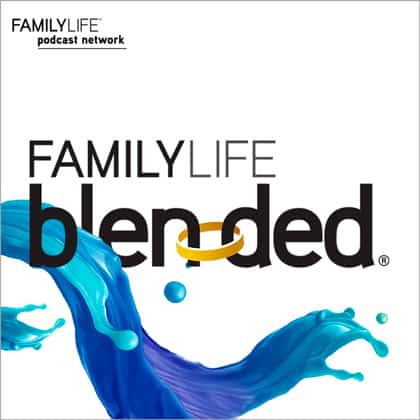