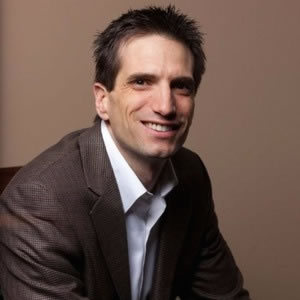 Jedd believes that love for orphans transforms. Both personally and through the example of countless others, he’s seen that lives are turned upside-down when Christians reflect God’s heart for orphans through adoption, foster care and global orphan care. This kind of love transforms not only orphans, but also those who open hearts and homes to them. Churches can be transformed as well, moving the entire community beyond self-focused religion to self-giving faith. Finally, when a watching world sees the Gospel embodied in this way, onlookers are transformed as well. Desiring to spur this kind of transformation through the Church, Jedd serves as President of the Christian Alliance for Orphans.

Prior to his this role, Jedd served in the White House as a Special Assistant to President George W. Bush, leading the Office of Faith-Based and Community Initiatives. In this post, he oversaw reform efforts across the government to make community- and faith-based groups central partners in all Federal efforts to aid the needy, from prisoner reentry to global AIDS. As described by the Harvard Political Review, these reforms “fundamentally changed the government’s strategy for improving the lives of the downtrodden…”

Previously, Jedd held a range of posts in the California State Legislature. He also helped establish the California Community Renewal Project, which strengthens nonprofits in some of the state’s most challenged communities. He has worked, studied and served in more than thirty countries, with organizations ranging from Price-Waterhouse in Moscow to Christian Life Bangladesh.

Jedd has written many articles and four books, including Upended and Four Souls. His most recent book, Becoming Home, offers a short yet meaningful exploration of how families and communities can embrace vulnerable children with wisdom and love through adoption, foster care, mentoring and more. Jedd Medefind and his wife, Rachel, live in central California with their five children.

Reaching Out to the Orphan

The Gift of Presence

with Jedd Medefind
Jedd Medefind reminds us that Jesus has something good and true and eternal to say if we’ll listen to him. View Show Notes →

with Jedd Medefind
Jedd Medefind talks about the explosion of interest in the church around the subject of adoption. View Show Notes →

Reaching Out to the Orphan, Part 2

with Dennis Rainey, Jedd Medefind...more
The cost of adoption and fatherlessness weighs particularly hard on the next generation of men. View Show Notes →

Reaching Out to the Orphan, Part 1

with Dennis Rainey, Jedd Medefind...more
The challenges of the orphan crisis are many and varied, and every Christian man needs to play a part in the solution. View Show Notes →