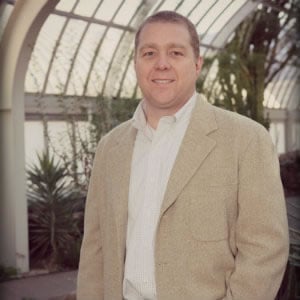 When pastor Johnny Carr took a position as pastor of ministry and leadership development at one of the fastest growing churches in the Florida panhandle, in 2004, he never dreamed that God would change his heart so drastically for the orphan. While at Hillcrest Baptist Church in Pensacola, Fla., he led the church in establishing its first orphan care and adoption ministry. Through this, the church serves many orphaned children internationally, and believers have changed vocations to serve children, including Carr.

In 2007 he left the full time church ministry to become the first national director of church partnerships at Bethany Christian Services, the nation’s largest adoption and orphan care agency, Carr went from full-time pastor, a position he held for 14 years, to working full time to advocate for the orphan. In 2013 he left the position with Bethany to be a full time writer and speaker. He firmly believes that the church must take the lead in the world's orphan crisis. Carr’s book, Orphan Justice: How to Care for Orphans Beyond Adopting (with Laura Captari, B&H Books, March 2013), is based on his own personal journey toward pure religion, explaining that his goal is to inspire the church to truly understand and obey James 1:27, which calls believers to care for orphans.

In Orphan Justice, Carr moves his readers from talking about global orphan care to actually doing something about the problem. He encourages readers to not just theologize related issues and relegate the responsibility to governments, but to take action in ways even beyond adoption. Carr fleshes out the why, what, and how of global orphan care, and offers practical steps to getting involved and making a difference.

Carr is an orphan care leader and advocate within denominations, national religious associations and conferences. He has spoken at Saddleback Church conferences, Catalyst Conference, The Idea Camp, Q, Jubilee Conference, and others. He has also been featured in the Washington Post and on several national blogs.

When not speaking or writing, Carr spends his time watching sports with his boys, talking about life with his girls and taking his wife out on dates. He and his wife, Beth, have been married for 20 years. The couple has five children: Heather, Jared, James, Xiaoli, and JJ. James and Xiaoli were both adopted from China and are deaf. Through the foster system, the Carrs adopted JJ – also deaf and a medically complex child. Carr and his family live in Pittsburgh, Penn. For more information, please visit www.orphanjustice.com.

with Johnny Carr
Johnny Carr talks about some of the challenges that can take place in the adoption system. More importantly, Johnny talks about the plight of orphans around the world. View Show Notes →

Growing a Heart for the Orphan

with Johnny Carr
Pastor Johnny Carr shares how he and his wife, a teacher to the deaf, came to adopt three special needs children to add to their family of four.  View Show Notes →