20 Things We'd Tell Our 20-Something Selves

With age comes wisdom. Moody professors Peter and Kelli Worrall talk about some of the things they wish they had known in their twenties, like the importance of community. Many singles believe community can only be found in marriage, but marriage is just one way to have our need for community met. Since the community influences us in many ways, we must be wise when we choose our friends.

The Ups and Downs of Our Twenties 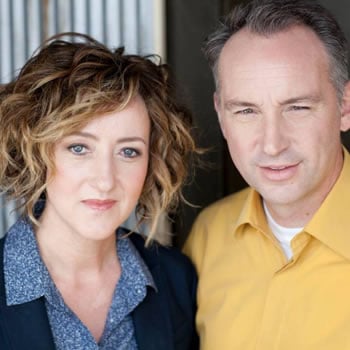 Peter Worrall was raised by a woman who had just found faith in Jesus and a man who had none. He went as a missionary to Pakistan at age 18, but struggled with his faith at a liberal school upon his return. His twenties were a turbulent time of trying to find who he was created to be and what God's role in his life was to be. During those ten years he completed his degree in education in England, lived for three years in Japan, went back to Pakistan for two years and ultimately landed in Chicago.

At Moody Graduate School, God met him in a powerful way and the internal tangle of competing worldviews gradually began to straighten out. He also met his wife at Moody, proposing to her on a jog after a hard day of ministry together. They have worked well as a team ever since.

Since his twenties Peter has taught elementary school, graduated with a Masters in Teaching, and is a grateful father of Daryl and Amelia. He now teaches Education majors at Moody Bible Institute and is a doctoral student in the Educational Studies program at Trinity Evangelical Divinity School. He likes to play strategy board games, computer games, soccer, and read books. He regularly does pulpit supply, teaches Sunday school, and leads a small group.

Kelli Worrall has been teaching in the Communications Department of Moody Bible Institute since 1998. She teaches both writing and public speaking courses. She has also directed many of the plays and advises several of the drama teams on campus.

Kelli enjoys speaking and writing. She authored the popular article "20 Things I Wish I Had Known in My Late 20s," published in Relevant Magazine. She enjoys speaking at women's events and retreats. She and husband, Peter, speak together at marriage, college, and young adult retreats, and Kelli blogs at www.thisoddhouse.org. They are parents of Daryl and Amelia through adoption. Kelli's hobbies include running, cooking, and decorating their Craftsman house.

Find out more at PeterandKelli.com.