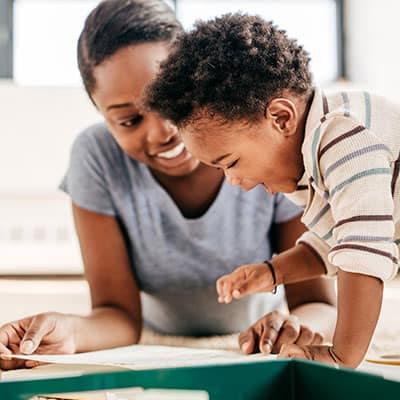 25 Years of Radio: A Mother's Role

From the FamilyLife Today vault, hear classic content on motherhood and parenting from featured guest experts over the last 25 years.

Keep Your Eyes on the Prize

with Ashley Escue, Jill Savage, K...more
Sometimes it feels like "Just a Mom" is the lowest rung of the social ladder. But Jill Savage, Ashley Escue, Meg Meeker, and Karen Ehman tell moms that their role in their children's lives is irreplaceable. View Show Notes → 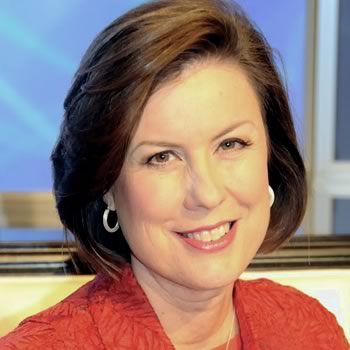 Denise Glenn is a mother, grandmother, an author, popular speaker, and the founder of MotherWise. Together she and her husband, David, now serve as President and Vice President of Kardo Ministries, a non-profit international discipleship ministry. Denise began the MotherWise ministry in 1981 when she had three preschoolers.

From a prayer time with one other mom, this ministry had grown to include women from all across America and around the world. Denise has been featured on radio programs around the world, including, “Revive Our Hearts” with Nancy Leigh DeMoss, “FamilyLife Today” with Dennis Rainey, Josh McDowell’s national radio broadcast, Winning Walk radio and television programs, and the Family Enrichment Television series.

She has also made guest appearances on national radio programs from Seoul, Korea, to Nairobi, Kenya, and has been keynote speaker for conferences in Austria, Germany, Australia, New Zealand, Russia, Ukraine, Belarus, China, Korea, Indonesia, Singapore, Vietnam, The Philippines, the Azores, Costa Rica, Nicaragua, Kenya and Botswana. She is sought after both nationally and internationally as a speaker for women’s conferences, meetings, and retreats.

Denise has authored five Bible studies for women that include Wisdom for Mothers, Freedom for Mothers, Restore My Heart, Keeping the Secrets of Jesus, and her newest, Fan the Flame.
Using her own personal experiences ranging from infertility to three teenage daughters to married children and now grandchildren; Denise blends her warm personality with an ability to clearly define Biblical truths. Her entertaining speaking style and creative use of visual aids endears her to women and allows her to share personal stories to teach women about God’s Word.
Combining deep spiritual insight with the ability to relate practically to each woman in her audience, her written materials are in-depth Bible studies, composed in a way that Bible students of every level can enjoy learning and growing in Christ.

In the summer of 2003, Denise and David made an international move to Indonesia with David’s job as a geophysicist. Staying for two fruitful years, planting MotherWise and FatherWise, Indonesia continues to remain one of Kardo’s anchors to the nations in Southeast Asia. Following a two-year furlough in the USA, David and Denise were called again to another international move to Perth, Australia, where God opened doors of ministry opportunities not only in Australia, but also New Zealand. The Glenns now live in Houston, Texas.
The Glenn’s have a passion for sharing God’s Word and travel internationally while balancing their time with their first ministry, three beautiful married daughters and ten lovely grandchildren. 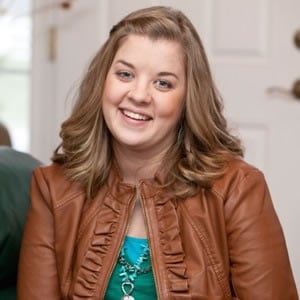 Erin Davis is a popular speaker, author, and blogger. She has addressed women of all ages nationwide and is passionately committed to sharing God's Truth with others. Erin is the author of several books, including Graffiti: Learning to See the Art in Ourselves, True Princess: Embracing Humility in an All-About-Me World, The Bare Facts (with Josh McDowell), and Lies Women Believe Companion Guide (with Nancy Leigh DeMoss and Dannah Gresh). 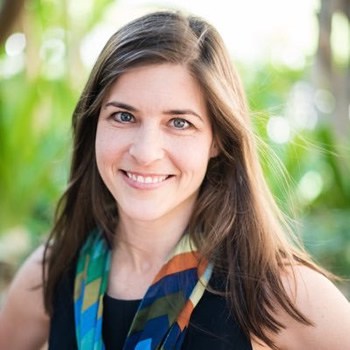 Gloria Furman is a wife, mother of four young children, doula, and blogger. In 2008, her family moved to the Middle East to plant Redeemer Church of Dubai, where her husband, Dave, serves as the pastor. She is the author of Glimpses of Grace, Treasuring Christ When Your Hands Are Full, and The Pastor’s Wife, and blogs regularly at the Gospel Coalition and GloriaFurman.com. 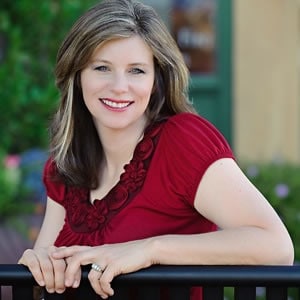 Joanne Kraft is a mom of four and the author of  The Mean Mom’s Guide to Raising Great Kids and Just Too Busy—Taking Your Family on a Radical Sabbatical. Joanne has been a guest on Focus on the Family, FamilyLife Today,  CBN and her articles have been published in Today’s Christian Woman, P31 Woman, In Touch, Thriving Family, Parentlife and more. Joanne and her husband, Paul, took a God-sized leap of faith and moved their family from California to Tennessee, where they’ve happily traded soy milk and arugula for sweet tea and biscuits.

Ashley Rainey Escue is the mother of 5 sons and a foster mom of 14 the last two years. She loves her kids and has been thrilled to discover that through foster care she can have a ministry in others lives while still staying at home. She has been the cohost with Bob Lepine of Family Life This Week for 6 years. She is also the author, along with her mother Barbara Rainey, of A Mother’s Legacy. She currently homeschools her three younger sons while trying to keep up with her two older boys in public school. She has recently helped launch a ministry in her county, The CALL, to recruit foster and adoptive families from the church to help the children in her county. She is also a trained precept leader and loves teaching bible study. Ashley has been married for 16 years and a mother for 14 years. 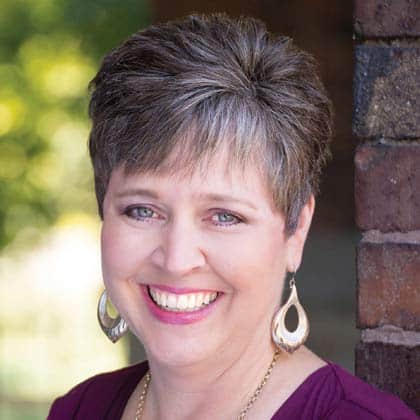 Jill Savage is an author and speaker who is passionate about encouraging families. She is the author or co-author of fourteen books including Professionalizing Motherhood, My Hearts At Home, Real Moms…Real Jesus, Living With Less So Your Family Has More, No More Perfect Moms, No More Perfect Marriages (with her husband Mark), and her most recent release Empty Nest Full Life.

Featured on Focus on the Family, Crosswalk.com, FamilyLife Today and Today’s Christian Woman magazine, Jill is the founder of Hearts at Home, an organization that encouraged moms from 1994-2017. Jill and her husband, Mark, have five children, three who are married, two granddaughters and one grandson. They make their home in Normal, Illinois. 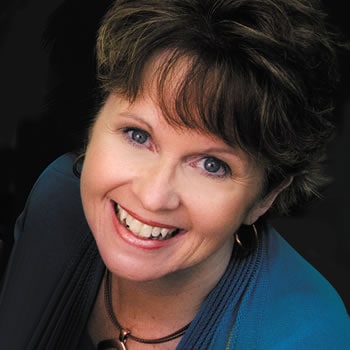 Karen Ehman is a Proverbs 31 Ministries speaker and New York Times Best-selling author. Described as profoundly practical, engagingly funny and downright real, her passion is to help women to live their priorities and love their lives as they serve God and others.

Karen writes for Encouragement for Today online devotions that bring God's peace, perspective, and purpose to over one million women daily. She has authored seven books including the popular LET. IT. GO: How to Stop Running the Show & Start Walking in Faith and her newest release Keep It Shut: What to Say, How to Say It and When to Say Nothing at All. Both include a companion DVD Bible study designed for group or individual use. Her next book, Hoodwinked: Ten Myths Moms Believe and Why We All Need to Knock It Off releases in November of 2015 and is co-authored with Ruth Schwenk of TheBetterMom.com.

She is also the Speaker Track Director of Proverbs 31 She Speaks Conference and a teaching staff member of their writer's training site COMPEL.

She has been a guest on national television and radio programs including The 700 Club, At Home Live, FamilyLife Today, Engaging Women, The Harvest Show, Moody Midday Connection, and Focus on the Family. She is a graduate of Spring Arbor University and has been married for over a quarter-century to her college sweetheart Todd. Together they raise their three sometimes quarrelsome but mostly charming children in the boondocks of central Michigan ranging in age from teen to adult. 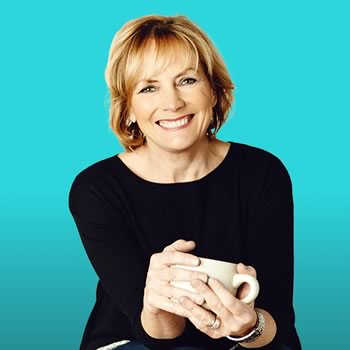 Meg Meeker, M.D. is the country’s leading authority on parenting, teens and children’s health. As a pediatrician, mother, and best-selling author of six books, Dr. Meeker’s popularity as a speaker on key issues confronting American families has created a strong following across the nation and around the world. She has spoken nationally on parenting issues, including personal appearances on numerous nationally syndicated radio and television programs.

Dr. Meeker works with the NFL Fatherhood Initiative, and is a regular speaker at Dave Ramsey’s Smart Conferences. She also served as co-host of Dr. James Dobson’s nationally-syndicated daily radio program Family Talk from 2012-2016. She is a fellow of the American Academy of Pediatrics, certified by the American Board of Pediatrics, and serves on the Advisory Board of The Medical Institute. Dr. Meeker lives and works in northern Michigan where she shares a medical practice with her husband, Walter. They have four grown children and three grandchildren.