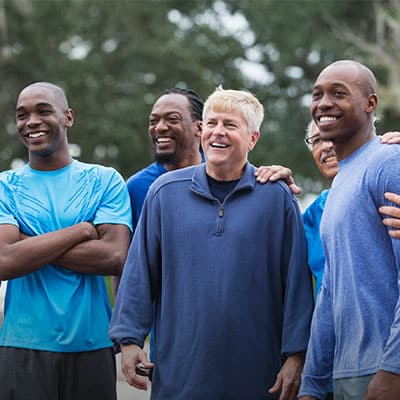 Smart Play When Facing the Unexpected

Moving From Consumer to Investor

with Jeff Kemp
In football, a blitz happens when the defense has an all-out attack on the quarterback once the ball is snapped. Former NFL quarterback Jeff Kemp shares a game plan for facing the blitzes in life. View Show Notes →

Finding Your Band of Brothers

Jeff is dedicated to strengthening families and strengthening teams. He is passionate about advancing collaboration to support marriages, families and children. In 2012 Jeff joined FamilyLife as Vice President and Catalyst for Helping Others. FamilyLife is a national ministry leader in marriage conferences, radio outreach and empowering resources to heal and strengthen families. Jeff founded and led Stronger Families in the Pacific Northwest from 1993 to 2010. Stronger Families united communities around strengthening marriages and today assists military and high-stress couples in protecting their marriages.

Jeff is the author of Facing The Blitz - Three Strategies for Turning Trials into Triumphs.  Jeff and his father, Jack Kemp, (the former Vice-Presidential candidate and Secretary of Housing and Urban Development), were the first of only six sets of father/son NFL quarterbacks. As Jeff speaks and trains throughout the United States he passes on dynamic lessons learned during eleven years in the world of professional athletics. Persevering through the highs and lows of pro football gave him a valuable perspective on teams, leadership, and life.

Jeff is committed to honor God with his leadership and speaking opportunities to strengthen men, women and young people in the crucial areas of family relationships and teamwork.

Jeff and his family make their home in Little Rock, AR. He and his wife, Stacy, cherish family time, especially skiing with their family. They have four sons (Kyle, Kory, Kolby and Keegan) and two daughters-in-law. Jeff has coached various youth sports, especially football, for nearly 20 years.

Jeff and Stacy frequently spend time with newly married couples as encouragers and mentors. They are an effective speaking team at marriage and family events.