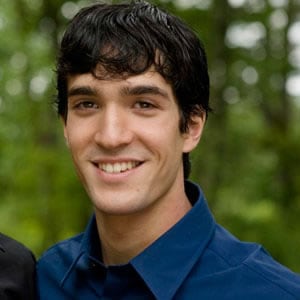 Alex Harris and his brother,Brett, founded TheRebelution.com in August 2005. The twins are frequent contributors to Focus on the Family's webzine Boundless, serve as the main speakers for The Rebelution Tour conferences, and have been featured nationally on MSNBC, CNN, NPR, and The New York Times, as well as in publications like WORLD magazine, Breakaway, and Ignite Your Faith. Their first book, Do Hard Things: A Teenage Rebellion Against Low Expectations, was released on April 15, 2008, by Multnomah Books.

Sons of homeschool pioneers Gregg and Sono Harris, Alex and Brett have a passion for God and for their generation. Their personal interests include politics, film making, music, basketball, and soccer. And food. They like food.

When they're not traveling around doing conferences, Alex and Brett live with their parents and three younger siblings near Portland, Oregon, where they attend Household of Faith Community Church. They are students at Patrick Henry College. They continue to write, speak, and blog.

Strengthening Your Mental and Emotional Muscles

with Alex Harris, Brett Harris
Authors Alex and Brett Harris encourage teens not to waste their youth, but, instead, to courageously attempt something that will have lasting value. View Show Notes →

Breaking the Chains of Low Expectations

with Alex Harris, Brett Harris
Everyone expects teens to rebel in some way, but Alex and Brett have started a rebellion of a different kind. View Show Notes →