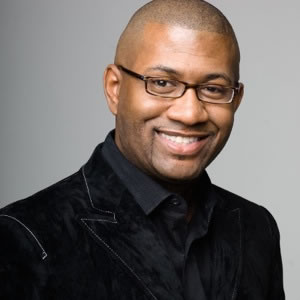 Bryan Carter is the Senior Pastor of Concord Church. The mission of their church is “We Grow People.” He has served as pastor since 2003 succeeding the church’s founding pastor, Dr. E. K. Bailey. Under Pastor Carter’s leadership, Concord has tripled in size, currently serving more than 8,500 members.

Pastor Carter is heavily involved in the city of Dallas in numerous capacities including serving on the boards of Dallas Habitat for Humanity, Dallas ISD Education Foundation, HIS Bridgebuilders and Mentoring Brother to Brother. He also leads Harmony Community Development Corporation, an organization committed to improving the community of southern Dallas through building stronger families and economic development. Pastor Carter also served as a member of the Mayor’s Taskforce Against Domestic Violence. He has a heart for the city and works proactively with community partners to forge toward creating a greater Dallas.

Preaching, teaching, and leadership are Pastor Carter’s life passions. He hosts the E. K. Bailey Expository Preaching Conference annually. This conference is one of the premier conferences in the country for training preachers on effective biblical preaching. He regularly preaches and teaches at numerous conferences, workshops, leadership events and worship services throughout the country. Internationally, he has shared in South Africa, Jamaica, Haiti and Kenya.

Pastor Carter serves as a co-presenter/developer for “33 The Series”, a curriculum on authentic manhood published by Lifeway Christian Resources, and as a presenter for “The Art of Marriage” curriculum published by FamilyLife.

Pastor Carter is a graduate of Oklahoma State University where he earned a Bachelor of Science in Secondary Education with a specialty in Science and Math and a graduate of Dallas Theological Seminary where he earned a Master of Arts in Christian Education with a specialty in Family Ministry. He is a member of Alpha Phi Alpha Fraternity. Pastor Carter is married to his college sweetheart, Stephanie Sadberry-Carter and has two daughters, Kaitlyn and Kennedy, and one son, Carson.

with Bryan and Stephanie Carter
Bryan Carter talks about preaching a four-part series on "Honoring Your Parents" at his church. View Show Notes →

The Blessing of a Written Tribute

with Bryan and Stephanie Carter
Bryan Carter tells how he honored his father with a tribute which he presented to him on Father's Day. View Show Notes →

Preparing to Honor Your Parents

with Bryan and Stephanie Carter
Bryan Carter talks about how he struggled to mend his strained relationship with his father by writing him a special tribute. View Show Notes →