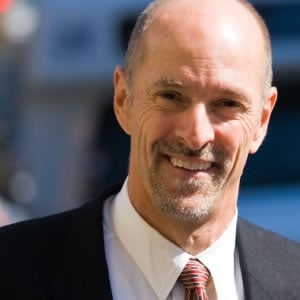 David C. Bentall was born and raised in Vancouver and is a graduate of UBC and Harvard Business School. He was instrumental in the successful domestic bid for the 2010 Olympics. He has been teaching an undergraduate course at UBC s Sauder School of Business on the dynamics of family run businesses since 2007 and also teaches a similar course to MBA students. In 2010, he was honoured to receive the Teaching Excellence Award from UBC.

David worked for 20 years in his family’s businesses, focusing on real estate development at The Bentall Group. He also served for seven years as President and CEO of Dominion Construction. During that time, the company’s sales grew from $150 million per year to just under $300 million.

David is now President of his own firm, Next Step Advisors. Through this company, he provides succession consulting and executive/life coaching. In 2006, David was formally recognized by the International Coaches Federation as a “Certified Professional Coach” and by the Family Firm Institute as a Professional Family Business Advisor. In the fall of 2012, as an acknowledgement of his expertise and experience, he was formally recognized as a Fellow of the Family Firm Institute, during their Global Conference in Brussels.

David was Founding Chair of the Business Families Centre at UBC for five years from 2001 – 2006. He is the former Chair of Keats Camps and St. George’s School.

David and his wife Alison have been married for over 30 years, have four fabulous children, and three wonderful grandchildren.

with David Bentall
David Bentall focused all his energy on his career during the first 2 years of marriage. View Show Notes →

with David Bentall
David Bentall talks about the marital problems he faced as he focused all of his energy into his career. View Show Notes →

The Value of Burden-bearing Friends

with David Bentall
We need friends to bear our burdens and rally around us when hard times hit. View Show Notes →

Jumping the Hurdles to Friendship

with David Bentall
Learn how men can drop their guard in order to build lasting male friendships. View Show Notes →