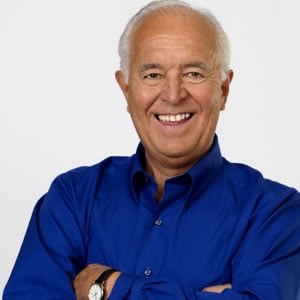 In 1979, Gary & Norma Smalley were encouraged to begin an organization focused on helping families. After the formation of a board, they launched the CMI organization out of Waco, Texas. A few years later they moved to Phoenix, Arizona and Gary spoke in places all over the country. Gary co-authored two books with Steve Scott during that time titled If Only He Knew and For Better or For Best. Those books have sold over one million copies each and have become marriage classics.

In 1985, the organization's name became Today's Family. That year, Gary and Norma hired more staff to enlarge their reach around the country.

Gary spoke to over two million people in live conferences. He presented his live two-day marriage seminars once a month over the last twenty years. Over one million people have attended Gary's live presentations. His award-winning infomercial "Hidden Keys to Loving Relationships" has appeared to television audiences all over the world.

Gary was president and founder of the Smalley Relationship Center. The center provides conferences nation-wide, books, DVD. Gary and his wife, Norma, were married for over 40 years. They have three married children, Kari, Greg, and Michael, and seven grandchildren.

Conflict: Understanding and Resolving It

with Gary Smalley, Greg Smalley, ...more
Ken Sande walks us through how to constructively resolve conflict. Tara Barthel, Judy Dabler, Gary Smalley, and Greg Smalley share the stories of their conflicts, and how they were resolved. View Show Notes →

The Power of One

Building Safety in Your Relationships

with Gary Smalley
Dr. Gary Smalley explains that "life is about relationships, the rest is just details." View Show Notes →