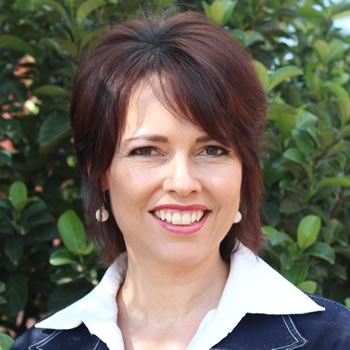 Hettie Brittz is a wife, mother, speaker and author. During her travels with her husband Louis’ band, Brittz became fascinated by the various approaches to parenting they encountered around the world. It enlarged her perspective and became the foundation for her first three parenting books: Growing Kids with Character, Growing Kids Through Healthy Authority, and Cultivating Compassionate Discipline. (un)Natural Mom is her first book to be released in the United States.

Between homeschooling her three kids and joining her husband on his ministry outreaches, Brittz tours internationally, speaking to audiences around the globe, as well as appearing in weekly parenting spots on South African television. Her key convictions are that there is hope for every individual and any relationship and that there is no place or circumstance so dark that God can't turn it around for good. The Brittz family resides in Pretoria, South Africa.

with Hettie Brittz
Hettie Brittz describes four different types of mothers, and how each type is uniquely equipped to be the perfect mother for the child or children God has called her to raise. View Show Notes →

with Hettie Brittz
For Hettie Brittz, author of "(un)Natural Mom," motherhood proved more challenging than she expected. Brittz tells how God helped her be the mom her children needed. View Show Notes →