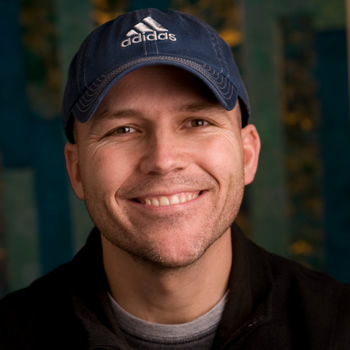 Jason Houser is a songwriter, worship leader, and the founder of the Seeds Family Worship ministry. Looking back from here, he never would have imagined that leading worship at his church’s Vacation Bible School in 2002 would mark the beginning of the Seeds ministry. He has seen God’s faithfulness as he has written, recorded and produced over 150 scripture worship songs over the past 15 years. He has been able to work many gifted artists, worship leaders and songwriters to bring these records to life including Matthew West, Tiffany Lee (Plumb), Jared Anderson (Rescue, Amazed), and Philip & Jessica Morlan.

In addition to his work with Seeds, Jason is a Grammy-nominated songwriter that has co-written recent chart-topping radio singles with Matthew West including “Broken Things” and “All In“. He and West also co-wrote 2 ASCAP Songs of the Year together “The Motions” and “More” and co-wrote Joy Willims #1 single “Hide”.

Jason co-wrote a parenting book called “Dedicated: Training Children To Trust and Follow Jesus” (Zondervan). The book, co-written with Pastor Bobby Harrington and Chad Harrington, shares the biblical principles that formed a foundation for the Houser family when their children were young. The book also shares the Seeds Family Worship story.

Jason has been married to his wife, Heidi, for more than twenty years, and together they are discipling their three children, Ben, Brandon, and Abby.

with Don Whitney, Ginny Owens, Ja...more
Throughout the Bible, we are strongly encouraged to sing a song to the Lord. Don Whitney, Jason Houser, Kristyn Getty, and Ginny Owens explain the importance and the power of singing as worship. View Show Notes →

Teaching Your Kids the Word of God

with Jason Houser, John Majors
Jason Houser and John Majors discuss why Scripture that is put to music is so powerful in a child's life. Hear how we can help our kids hide God's Word in their hearts in a way that is simple and easy. View Show Notes →

God’s Wisdom for Your Family

with Jason Houser, Lance Quinn
This weekend on the broadcast, get valuable advice for your family from pastor Lance Quinn and Christian songwriter Jason Houser as they share God's wisdom from the Scriptures. View Show Notes →

with Jason Houser
Jason Houser talks to parents about the importance of training their children in the ways of God, reminding parents that discipleship is a lifestyle. View Show Notes →

Seeds of a Godly Marriage

with Jason Houser
Jason Houser might look like he’s had the perfect life but he knows better. View Show Notes →

Reaping Music Where You Sow It