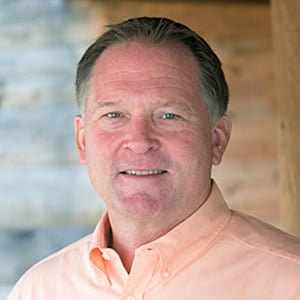 Jim Subers has worked across country and around the globe, for a number of different companies. However, the transformation that happens at Shelterwood makes it unlike anything he’s done before.

“I’ve been blessed to lead a number of different organizations, but seldom have I seen this kind of change take place in such a short period of time,” Jim says. “The opportunity to witness heart change, real transformation and life change . . . it’s pretty exciting. The tools we’re giving these kids and the seeds being sown in their hearts can truly help them to overcome and succeed.”

After graduating from the University of Florida with a degree in business management, Jim spent a couple of years in campus ministry. He and his wife, Janice, then served for five years as missionaries in Tokyo, Japan. After moving back to the US, Jim continued his studies at Fuller Seminary, and then began a career in international business in both the commercial real estate and oil and gas industry. In 1995, Joe White of Kanakuk Kamps, contacted Jim and asked him to run his non-profit camp serving urban kids, Kids Across America. Since that time, Jim has led a couple different organizations, Bill Glass Champions for Life, and Mega Voice International. Jim began his tenure at Shelterwood in 2011.

As Shelterwood CEO, Jim leads the senior executive team and oversees many departments, including admissions, marketing, maintenance and facilities. He reports weekly to the Board of Directors for Shelterwood, which is made up primarily of former Shelterwood parents.

Jim approaches his role as a servant leader. And he and his wife Janice, and their autistic son, Jake, live on the Shelterwood campus. One of Jim’s greatest passions is his personal interaction with the Shelterwood teens. He leads a regular Bible study with the young men, and Janice is also actively involved with the young women.

Outside of his work at Shelterwood, Jim enjoys spending time with his wife and four children and three grandchildren. And diehard University of Florida fans may recognize Jim for another reason: he was an offensive guard for the Gators in college.

Hope for the Troubled Teen

with Jim Subers
Jim Subers talks to parents about rebellious and hurting teens. Jim explains that many troubled teens are just looking for answers and have believed lies about themselves and God. View Show Notes →

Help for the Troubled Teen

with Jim Subers
Do you have a child that's out of control? We want you to know there's hope. Jim Subers, President of Shelterwood explains why it's getting more and more difficult to raise children today. View Show Notes →