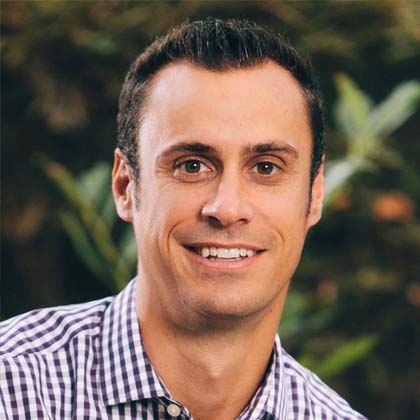 In 2006, after nearly five years working on a church staff, Kennon Vaughan founded Downline Ministries, where he has served as the Executive Director ever since. Downline seeks to encourage a restoration of biblical discipleship in and through the local church. The Downline effort was initially embraced by 11 local churches in Memphis that each nominated students to go through the Downline Institute in its inaugural year. Now six years later, there are more than 40 churches in the Memphis community that utilize the Downline Institute as a means of equipping their lay leadership to make disciples and nearly 200 pastors and lay leaders are being trained each year. Church leaders are able to shepherd their students through the nine-month Institute training and then work alongside them to create a healthy culture of biblical discipleship back in the local church. Presently, there are Downline Institutes in Memphis, Little Rock, and NW Arkansas, along with several other live campuses and 25 online communities where hundreds more are gathering to receive the Downline training throughout the English speaking world.

Kennon’s formal theological training includes a master’s in biblical studies from Dallas Theological Seminary (2008) and a Doctor of Ministry from Gordon Conwell Theological Seminary (2011). However, it was his informal training under the tutelage of Roy “Soup” Campbell, Pastor Tom Nelson, Professor Howard Hendricks and Dr. Robert Coleman where his heart to see a restoration of Biblical discipleship across the landscape of the Western evangelical church was birthed. Kennon considers these men spiritual fathers who the Lord has used to deepen his love for Jesus and knowledge of God’s Word, as well as forming passion for disciple-making within him. Kennon leans into his experience being discipled by these Godly men along with his formal training to challenge and equip Christ-followers around the globe to live out the Great Commission as a lifestyle for a lifetime.

Kennon has traveled and led discipleship training efforts throughout the Middle East, North and South America, Latin America and various parts of Africa, and has been a plenary speaker in the US alongside Tim Keller, Matt Chandler, Voddie Baucham, Kay Arthur, Robert Coleman, Andy Andrews, Carol Kent, Vicki Courtney, Chip Ingram, Bryan Loritts and many others at various conferences including YPO’s Vision and Values and the Downline Summit.

Kennon is a dynamic communicator with a gift for speaking right to the heart of his audiences. While his first love is preaching the Gospel to all peoples, he is also passionate about training believers to know their Bibles, understand God’s design for biblical Manhood and Womanhood and make disciples.

Kennon speaks powerfully to the heartbeat of the Great Commission and loves to offer training on both the principles and practicality of making disciples in the contexts of home, church and marketplace.

Kennon’s greatest passion outside of Jesus Christ is his family. He and his wife Kathryn, along with their sons Caleb, Luke, Jonathan, David, and Mac reside in Memphis, Tenn. where they are immensely enjoying this season of life and the opportunities that have been placed before them to serve their Lord and Savior Jesus Christ.

with Kennon Vaughan
Are you needing a game plan for discipling your kids? Kennon Vaughan gives some simple ideas for marking milestones in their lives. View Show Notes →

with Kennon Vaughan
What should family discipleship look like? Kennon Vaughan shares a simple routine that anyone can do. View Show Notes →

with Kennon Vaughan
Kennon Vaughan talks about his passion for studying the Word of God. Kennon reminds listeners that biblical training is for all people and will help those who are believers grow in spiritual maturity. View Show Notes →