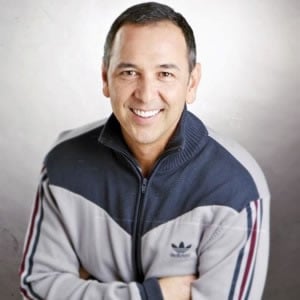 Kenny Luck is the Founder and President of Every Man Ministries. His enthusiasm for God and life is contagious, as is the zeal that sustained him through a wide range of achievements. He has served as a former missionary with Campus Crusade for Christ, the Communications Director for the Josh McDowell Ministry and the CEO of New Life Clinics West.

He is the men's Pastor and leads the Men's Interactive Bible Study at Saddleback Church in Lake Forest, California, where he serves as a member of the teaching staff. He is a graduate of UCLA and remains a "fanatic" football fan of his alma mater to this day.

He has authored 15 books, including EVERY MAN, GOD'S MAN and the EVERY MAN BIBLE STUDIES from the best-selling Every Man Series published by WaterBrook/Random House. A sought-after, popular speaker on men's issues, Kenny has seen God reshape and remold men's lives firsthand. He has extensive knowledge and experience counseling and "hanging" with young men from every background imaginable. His mission is to help churches and pastors worldwide reach men for Christ, and connect them to the Word and to each other within their local body of believers.

He and his wife Chrissy have three children, Cara, Ryan and Jenna, and live in Trabuco Canyon, California. He plays in a men's soccer league, mountain bikes and loves flag football on Thanksgiving mornings.

with Kenny Luck
Do you encourage your husband to excel for Christ? View Show Notes →

Calling Men to a Higher Mission