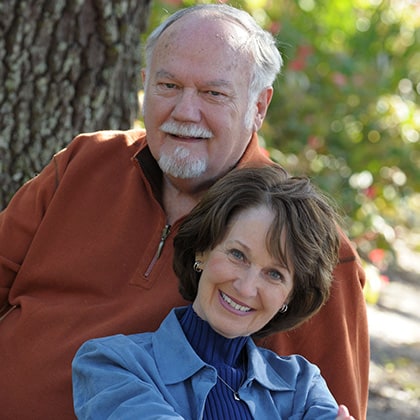 Marvin Rooks is an Assistant Professor at Barry University School of Law with published professional articles in the Wake Forest and George Mason Law Journals. He is a former sitting elder at Northland Church, in Longwood, Florida and has practiced law in the Orlando area since 1972. When Marvin and Linda first got married, he served as a Lieutenant in the U.S. Navy.

Linda W. Rooks, the author of Broken Heart on Hold: Surviving Separation and Fighting for Your Marriage While Separated: A Practical Guide for the Brokenhearted, knows what it’s like to fight for your marriage. After being married for more than 20 years, she and her husband were separated for three years before reuniting. They have now been married over 40 years. Today, not only is their marriage thriving, but together they lead a crisis marriage class in Central Florida.

As a freelance writer, Rooks’ writings have appeared in many national publications, including editions of Chicken Soup for the Soul, Focus on the Family, Homelife, and Today’s Christian Woman. She has appeared on TV and radio across North America.

Together Marv and Linda have led Marriage 911 classes at Northland for over 12 years, ministering to hundreds of people and seeing many marriages restored.  The Rooks have two married daughters and five grandchildren.

Learn more about Linda W. Rooks and her ministry at fightingforyourmarriage.net.