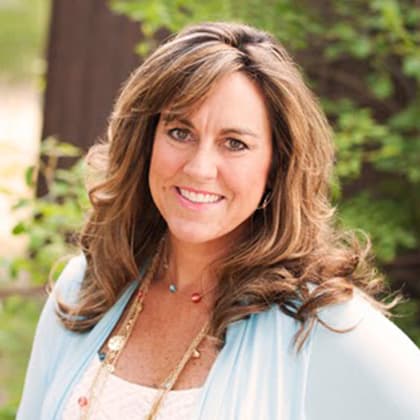 Melanie Anthony became a stepmom eleven years ago. Her experience as a stepmom is where she found a heart full of passion for stepfamily ministry. Her life was changed with this prayer after going through a divorce: “Lord, I would rather be single the rest of my life than to settle for someone that isn’t your best for me.” It was after this prayer of surrender that she met her husband and his twin daughters. They soon married and she became a wife and stepmom and soon thereafter, a mother to their youngest child. Melanie and her husband serve in their church by leading small groups and mentoring blended couples. Melanie also leads a small group for stepmoms. She is co-author of the devotional for stepmoms, Daily Bread for the Starving Stepmom, as well as founder of her newest endeavor, StepMoms ALIVE, which is an event designed to equip and encourage stepmoms for the journey.

She and her husband, Steve, live in Austin, Texas, where they are raising their three daughters. When she isn’t writing, cooking, being a soccer, swim mom or a taxi driver, she loves being outdoors gardening, working out and keeping her competitive edge by playing tennis.

with Melanie Anthony, Ron Deal
Stepmoms bear a unique burden, and they often neglect their own care. Melanie Anthony offers hope for balance in the midst of the burden. View Show Notes →

5: Daily Bread for the Starving Stepmom

with Melanie Anthony
Stepmoms bear a unique burden, and they often neglect their own care. Melanie Anthony offers hope for balance in the midst of the burden. View Show Notes →