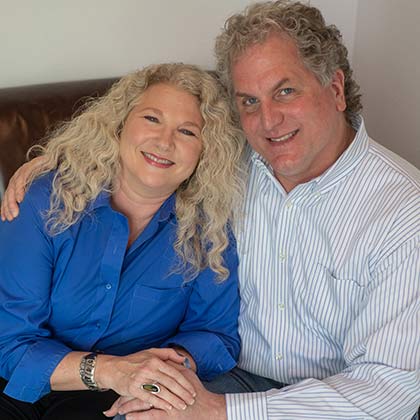 Jayna’s and Mike’s journey together began when they married in 2001, each bringing two young children from previous marriages of 11 and 8 years, respectively. In 2002, they began volunteer work with single parents and stepfamilies and speaking about marriage in their church. In 2006, they established The Bridge Across for Stepfamilies and Single Parents, providing coaching & education and teaching classes to stepfamily couples and single parents.

In 2012, Jayna pursued her MS in Counseling, post graduate certificate in Marriage and Family Therapy, and counseling license. She has also trained extensively in family systems, attachment, trauma, EMDR, high conflict, and parental alienation. She has a private practice focusing in these areas which includes specialized work with stepfamilies and single parent families.

Mike is an international energy executive and mediator. Born into a traditional nuclear family in the 1960s, his parents celebrated 50 years of marriage in 2013. He had never experienced divorce or stepfamilies and had no idea how to deal with the issues he faced.

Jayna and Mike have walked in the shoes of married parent, divorced parent, and stepparent, made many mistakes, and learned a lot about themselves and each other. Together, Jayna and Mike enjoy coaching and teaching couples. Stepfamilies and single parents can find a better life for themselves and their children – without suffering for years with overwhelm, struggle, and lack of support. Jayna and Mike will guide you with their special combination of laughter, wisdom, energy and straight talk on how to parent, partner, and keeping the passion regardless of life’s interruptions.

They live in Houston, Texas and have four grown children.

with Mike and Jayna Haney
Investing in your marriage with intentional daily practices can make it stronger. Ron Deal talks with stepcouple Mike and Jayna Haney in this episode about healthy habits that can strengthen stepfamily marriages over time. View Show Notes →