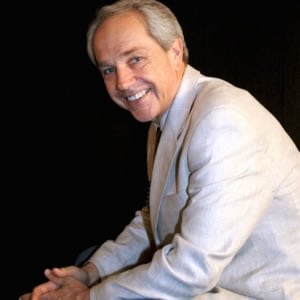 International evangelist and conference speaker, Sammy Tippit, has preached some of the largest evangelistic meetings in the world. He has proclaimed God's message of peace in stadiums in war-torn Burundi, met with government and religious leaders shortly after the attempted genocide in Rwanda, and brought hope to persecuted believers in the former Soviet-bloc nations. Tippit preached a historic evangelistic meeting in Addis Ababa, Ethiopia in March 1999, with over 300,000 people attending in four days. In May of that same year, he preached in Maracana, the world's largest stadium, located in Rio de Janeiro. Not only did thousands come to Christ, but the event was attended and supported by the governor, vice governor, and mayor of the city and state. In just the last 40 years of ministry, Tippit has proclaimed the gospel in more than 80 countries throughout the world.

Tippit is the author of 13 books, including The Prayer Factor and Fire In Your Heart. His books have been translated into more than 20 languages. He is married to Debara "Tex" Tippit and they have two children and reside in San Antonio, Texas.

Praying for Your Children

Perservering in Prayer for Those We Love

with Sammy Tippit
His decision to follow Christ left Sammy Tippit homeless when his mother kicked him out of the house. View Show Notes →