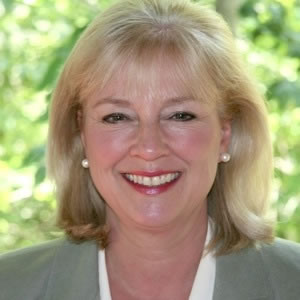 Sheila Weber is co-founder of the New York Fellowship. A native of the Washington, D.C. area, Sheila has worked as a U.S. Senate press aide, a staff writer at"McCall's" magazine, an actress and media spokesperson for the JESUS film project, solo vocalist, and director of public relations for a large international rehabilitation facility. Sheila has an honors degree in Journalism and Economics from American University, and was a President's Scholar for her Masters in Management (public policy focus) from New York University. Sheila is director of many public relations and communications endeavors--The National Preaching Initiative sponsored by The Wilberforce Forum, the Bible Literacy Project, an effort to increase study and literacy of the Bible in American public schools, and THE BETTER HOUR, a documentary film about William Wilberforce, which aired on national public television.

She is currently launching a new collaborative effort to celebrate National Marriage Week USA to strengthen marriage and reduce divorce rates. She serves an ongoing hospitality ministry of fellowship, outreach events, and hosting travelers from around the world, through the New York Fellowship hospitality house in midtown Manhattan.

with Sheila Weber
Should a well-rounded education include a basic understanding of the Bible? View Show Notes →