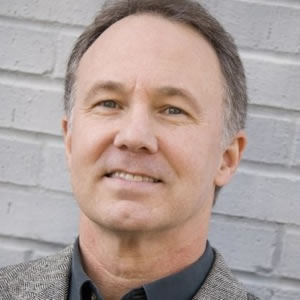 Tim Downs is a Phi Beta Kappa graduate of Indiana University in Graphic Design. After graduation in 1976 he created a comic strip, Downstown, which was syndicated by Universal Press Syndicate. His cartooning has appeared in more than a hundred newspapers worldwide. He is author of First the Dead, Less Than Dead, Chop Shop, Head Game, Plague Maker, Shoo Fly Pie, and Finding Common Ground, which was awarded the Gold Medallion Award in 2000. He is also co-author of Fight Fair and The Seven Conflicts: Resolving the Most Common Disagreements in Marriage along with his wife Joy.

In 1979 he joined the staff of Campus Crusade for Christ, where he founded and directed the Communication Center, a communication training facility. He continues to serve as a speaker and writer. He and his wife, Joy, have spoken at FamilyLife Marriage and Parenting Conferences since 1985.

Tim lives in Cary, North Carolina, with his wife.

Quirky Characters in a Riveting Story

with Tim Downs
Today on the broadcast, Tim Downs, author of the book First the Dead, tells Dennis Rainey how God uses creative means, like novels, to reach others for Christ. View Show Notes →

Reaching the World Through Christian Fiction