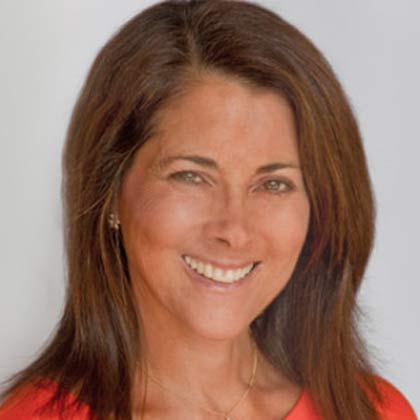 Vicki Rose is a strong Bible teacher with a relevant, life-changing message. She gives people hope in the Lord and His might and power to change lives today. Her desire is for people to see and know the power of God and His word and to therefore know God better and desire a closer walk with Him.

Born and raised in New York City, Vicki graduated from an all-girls private school class of 20 in 1971, one week after her mother died of cancer. Upon graduating from Sarah Lawrence College in 1975, Vicki began her retail career at Saks Fifth Ave and went on to marry Bill Rose in 1977.

After almost 10 years of marriage, Vicki found herself the single mother of a 1 1/2 and 4 year old, separated from her husband who was addicted to cocaine, women, and work. While separated, Vicki accepted Christ through an outreach dinner at age 35 and became a passionate follower of Jesus Christ with a deep hunger for His word. As Vicki began to pray for her husband to also know Christ, her heart toward him changed and they were reconciled after he accepted Christ, entered rehab and they spent time in counseling. They had been separated for 5 1/2 years. Both Vicki and Bill are Jewish believers though neither was raised in a religious Jewish home.

Bill and Vicki, married for over 35 years, have found victory and healing in Christ for their marriage and its difficult issues. They reside in New York City and have 2 adult children, both married, and two very precious grandchildren. Bill is a limited partner of the New York Yankees as well as president and founder of DRM Sports Management, a company representing professional baseball players.

Vicki has taught, facilitated and led many Bible studies for women in her church as well as acted as prayer coordinator for the women's ministry. She has taught and shared her testimony all across the U.S. as well as in Nicaragua, Poland, Italy, Russia, and Bulgaria. Vicki has also been featured on several radio shows including a weeklong series on Nancy Leigh DeMoss's Revive our Hearts and FamilyLife Today with Dennis Rainey and Bob Lepine. Vicki’s first book, Every Reason to Leave, released August 1, 2014 from Moody Publishers. She serves as a mentor to younger women in her church and has a heart and passion for women to be content and victorious in their marriages through a deep and intimate personal relationship with Jesus Christ.

with Vicki Rose
Vicki Rose dreamed of riches, fame, and a family. So marrying Billy should've been a dream come true, not a nightmare. Between drug addiction and a long separation, divorce looked inevitable. But God had other plans. View Show Notes →