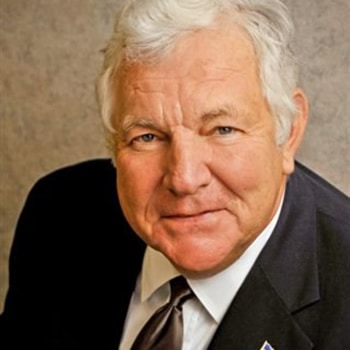 William J. Bennett is one of America’s most important, influential and respected voices on cultural, political, and education issues. A native of Brooklyn, New York, Bill Bennett studied philosophy at Williams College (B.A.) and the University of Texas (Ph.D.) and earned a law degree (J.D.) from Harvard. He is the Washington Fellow of the Claremont Institute. He is a Senior Advisor to Project Lead The Way, one of the nation’s leading providers of training and curriculum to improve STEM education in American schools; he is on the advisory board of Udacity.com, the online higher education company based in Palo Alto, CA; and he is Chief Education Advisor to Beanstalk Innovation, an international education company.Over the course of his professional life, in education, government and the private sector, Dr. Bennett has succeeded in a trifecta of American institutions. He is an award-winning professor in academia, having taught at Boston University, the University of Texas and Harvard; he is a three-time confirmed executive in the Ronald Reagan and George W. Bush administrations including holding two cabinet-level positions, Secretary of Education under Ronald Reagan and the Nation’s first Drug Czar under the first President Bush; he is the author of more than 24 books, including two New York Times Number One best sellers and two of the most successful books of the 1990s; and he is the host of the number seven ranked nationally syndicated radio show, Morning in America.In his various roles, Dr. Bennett is perceived—even by his adversaries—as a man of strong, reasoned convictions who speaks candidly, eloquently, and honestly about some of the most important issues of our time.

Dr. Bennett’s latest book is entitled, “Is College Worth It?” His three volume set of the history of the United States entitled “America: The Last Best Hope,” has been widely praised. The volumes have been adopted for school use in the State of Indiana and the City of New York, and are currently being adopted by other school systems around the country and digitalized for distribution. As a communicator, Dr. Bennett has received rare acclaim. In 2002 he was named by focus groups and leading analysts the “Best Communicator of 2002,” and the most well-received public commentator on the issues of “pride, patriotism, faith, and moral conviction.” In April of 2005, the Sunday New York Times named Dr. Bennett the “leading spokesman of the Traditional Values wing of the Republican Party.” Although he is a well-known Republican, Dr. Bennett often has crossed party lines in order to pursue important common purposes. He has worked closely with Democratic leaders such as Senator Joseph Lieberman to fight the decline of popular culture and to end worldwide religious persecution.

Thanks to his government positions, his writings and speeches, and thousands of media appearances, William Bennett has extraordinary influence on America’s political and social landscape. In many surveys and publications he has been named one of the most influential individuals in America. He is the recipient of more than 30 honorary degrees.

Dr. Bennett and his wife, Elayne, reside in North Carolina and are the parents of two sons.

with Jeff Kemp, William Bennett
As a dad, what can you do to make the most of the limited time your kids are at home? Jeff Kemp shares what was important to his dad. Bill Bennett shares his own observations. View Show Notes →

Raising the Next Generation

with William Bennett
According to William Bennett, the Latin term for father is "pater," which means "the one who shows up and takes responsibility." View Show Notes →

with William Bennett
William Bennett, a father of two sons and author of the book, "The Book of Man," reminds listeners that boys are moral and spiritual beings, and if we forget this, we've lost the key to raising and educating them. View Show Notes →

The Cultural Landscape and Manhood

with William Bennett
A boy without a father is like an explorer without a map. William Bennett, former Secretary of Education under Ronald Reagan, addresses manhood in today's culture and reflects on his own boyhood and the men who influenced him. View Show Notes →