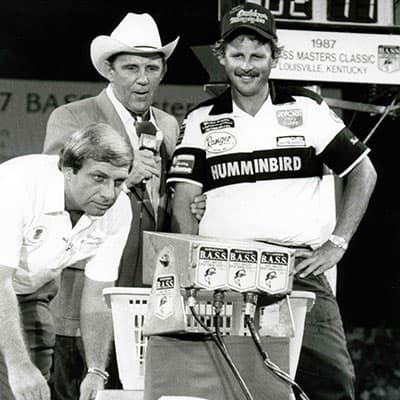 Professional bass fisherman Hank Parker looks back on his life and the difficulties that could have derailed him for good. Raised by an alcoholic father after his mother abandoned the family when he was in grade school, Parker tells how he was often left on his own, which gave him plenty of time for stealing from vending machines and grocery stores. Hear how God radically changed his father’s life and influenced him to change his own life after a family tragedy.

with Hank Parker
Hank Parker shares what he's learned from the current season of his life, which includes being a husband to his wife, Martha, and father to his children and stepchildren. View Show Notes →

A Legacy of Faith

with Hank Parker
Hank Parker informs moms and dads on the benefits of taking their children hunting and fishing. View Show Notes →

with Hank Parker
Hank Parker looks back on his life and the difficulties that could have derailed him for good. Hear how God radically changed his father's life and influenced him to change his own life after a family tragedy. View Show Notes → 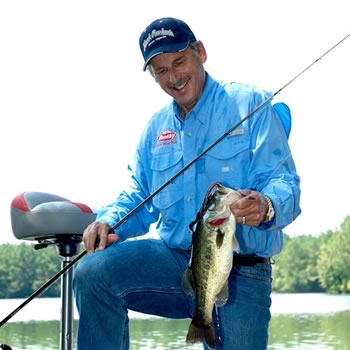 The CBS Morning Show best described Hank Parker when introducing him as "the rod-n-reel answer to Michael Jordan, in popularity and talent!" Hank has enjoyed a storied professional bass fishing and outdoor television host career that continues to grow each season! His accomplishments on the professional bass fishing tournament trail support the fact he is one of America's greatest bass fishermen to ever compete.

Also, he was the first angler to win the Grand Slam of Bass Fishing, which includes the Classic, B.A.S.S. Angler of the Year, and the B.A.S.S. SuperBass Tournament. Amazingly, Hank finished "in the money" in 76% of all the tournaments he fished during his B.A.S.S. career. In 2003, Hank was inducted into the Bass Fishing Hall of Fame. Then, in 2006 he was inducted into the Legends of the Outdoors Hall of Fame.

Additionally, Parker is a crowd and fishing industry favorite. He was voted as one of the top 10 greatest anglers of all-time in ESPN's Greatest Angler Debate and listed as one of 35 Legends of bass fishing's modern era by Bass Anglers Sportsman Society (B.A.S.S.).

"Hank Parker 3D" began in 2005 as a father and sons trio consisting of Hank Parker and his sons, Hank Parker Jr. and Billy "Catfish" Parker. All three avid outdoorsmen bring a different element to "Hank Parker 3D" which is a combination of hard core hunting, a celebration of family and a few laughs due to funny mishaps. "Hank Parker 3D" airs on Pursuit Channel.

Their latest television title, “Hank Parker’s Flesh and Blood,” premiered the summer of 2013 on Outdoor Channel. Family and outdoors has always been at the center of the Parkers' way of life. Passing down and experiencing the outdoors tradition with family and friends is timeless, and this new show captures the personal side of hunting. The show features the Parkers hunting big game at locations throughout America. Along the way, the Parkers share camp with Wounded Warriors and children facing serious illnesses who received hunts through The Outdoor Dream Foundation.