Go Back To All Engagements and Weddings Articles

A Marriage Struck by Lightning

When Ryan and Sarah were jolted by forces out of their control, they saw God transform the circumstances into good.

Rain pounded the windshield and the wipers barely kept up with the downpour as Ryan Knott and his fiancée, Sarah, headed to a Weekend to Remember® marriage getaway. The roads were slick and lightning crackled around them.

There was an unexpected pop—like a bullet or a large rock hitting the windshield. Ryan and Sarah thought the glass would shatter. But instead all of the car’s lights went out. 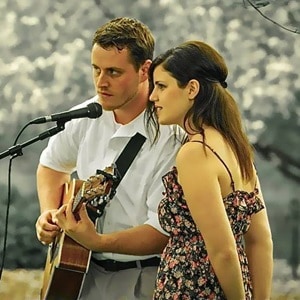 As Ryan’s left hand gripped the steering wheel, his fingers began to tingle. His speech became slurred and his facial muscles drooped slightly, like someone having a mild stroke. When the left wheel began to lock in place, Ryan thought they were going to crash.

After regaining control of the car he said, “What the heck just happened?”

Sarah looked at him in disbelief, “I think we just got hit by lightning.”

It was not the first time they had been jolted unexpectedly by a force out of their control. But this time Ryan and Sarah did not doubt that God was with them. They had witnessed Him transform too many bad circumstances into good. They were not going to doubt God now.

Ryan and Sarah met back in 2010, when both of them were in college.

A talented pitcher in high school, Ryan went to Duke University on a baseball scholarship. But his dreams of playing major league baseball were dashed because of repeated elbow injuries. That left him angry with God, and asking himself, Why me? Why was I the one injured?

Ryan battled a lot with his faith then, doubting what plan God could possibly have for him. “I felt like I was an ant and God had a magnifying glass,” he says. Spiraling downward in self-pity, he became more and more negative. He doubted God’s existence, stopped praying, and started partying. And he walked away from church.

Because of his injuries, Ryan was unable to play summer baseball for Duke. So he accepted an internship at Camp Star, a camp for kids with special needs that’s located near Chicago. That’s where he met Sarah.

It was easy for Sarah to identify with Ryan’s struggle with faith. After accepting an academic scholarship to Lake Forest College (near Chicago), she had assumed that she could play women’s basketball. It was disappointing when she didn’t make the team, especially since she had turned down athletic scholarships from other colleges.

But unlike Ryan, Sarah’s disappointment did not lead to bitterness. Instead of doubting God’s goodness, she trusted His plans. She made the most of her situation and began a chapter of Fellowship of Christian Athletes at Lake Forest. She also accepted a work study position taping athletes’ ankles.

Sarah and Ryan worked a lot together at camp that summer and became friends. They discovered that they both liked to sing and play the guitar. When they returned to their schools after camp, they said they would stay in touch. And thanks to Skype, that’s exactly what the twosome did. While Ryan was in North Carolina and Sarah in Illinois, they sang one another their original songs and played other music together via the internet.

The more Ryan and Sarah got to know one another, the more he began to change. “I did a 180 when I met her,” Ryan says, “and started focusing again on my faith.” Somehow talking with Sarah made him want to be a better person. And as they wrote music together and filmed some music videos, they fell in love.

Ryan proposed to Sarah in 2014, and by then they had both graduated from college and were working full-time. Before they married, Sarah asked Ryan if they could attend a Weekend to Remember marriage getaway. She had heard about the event on a FamilyLife Today® podcast.

“Our parents and people from church gave us great [marriage] advice,” Sarah says, “but I wanted to try something a little different and check out this Weekend to Remember.” So she brought it up to Ryan.

Not knowing what to expect, he was resistant. Why would he want to spend an entire weekend learning about marriage? And how could talks from complete strangers impact their unique relationship? But despite his misgivings, he told Sarah that they could give it a try.

Before Ryan and Sarah had even attended the first getaway session, “Five Threats to Oneness,” they experienced a threat of their own—they were jolted by the unexpected lightning strike.

They didn’t know what do, so they called Ryan’s dad, who had once been an electrician. He told them to stay in the car until they reached a dry area—where they would be grounded by the rubber tires. Then he said: “This is what’s going to happen to your car: After your battery drains, you are going to lock; you are not going to be able to go.”

Sure enough, when Ryan and Sarah were about a mile or two from the event venue, the engine to their car locked up and they had to get it towed. While waiting for the tow truck, they started to argue. They would be late for the Weekend to Remember, and Ryan wondered if they should even go.

Ultimately they decided not to let a lightning strike ruin their plans. Ryan and Sarah finally made it to the getaway on Saturday morning.

They learned a lot over the next two days about how to build a successful marriage. Ryan was surprised by how easily he and Sarah could apply the personal illustrations of different speakers. They learned that all couples will have conflict and that it’s important to forgive and forget. Or as Ryan says, “move forward and don’t take steps backward.”

He says that an “aha moment” for him was learning how to actually handle conflict. Before the weekend, he had a tendency to lash out and hold grudges.

And he says the most important thing he learned was to give God first place in his life and marriage. That discovery was like a lightning striking through his heart—it changed everything. “I had always thought He’d be in the picture, but making Him the focal point, I really didn’t know much about that.” 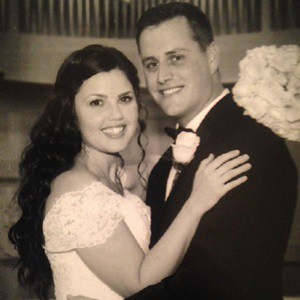 Before Sarah met Ryan, her parents had told her to marry a man who loves God more than he loves her. The Weekend to Remember helped her understand that by making God the center of their marriage, God would enable her to love Ryan more than she ever could on her own.

Married in 2015, Ryan no longer doubts God’s goodness. He understands that his athletic injuries paved the way for him to meet Sarah at summer camp. And that led to their song-writing partnership—they even formed their own group, Acoustic Truth. Ryan says if he could do it all over again, he’d tear up a major league contract to be with Sarah.

Today the Knotts are grateful that a lightning strike did not stop them from attending a Weekend to Remember. They’re thankful for the speakers who helped them understand how to keep God at the center of their lives and marriage, even when it’s jolted by things out of their control.

Check out this video of the Acoustic Truth song “The Vow.”