Go Back To All God's Plan for Marriage Articles

Is Marriage a ‘Dying Institution’?

Marriage is facing some big challenges today, but that doesn’t mean we should replace it with something different.

Once again, Cameron Diaz is earning headlines for her comments about marriage.

The 38-year-old actress has had a succession of boyfriends but has never married. Recently she told one magazine, “Marriage isn’t important to me … If I try to lock something down, I’m missing out on all the possibilities of what it could be.”

When another interviewer asked if she believes marriage is a dying institution, she answered, “I do. I think we have to make our own rules. I don’t think we should live our lives in relationships based off old traditions that don’t suit our world any longer.”

If you do a Google search on the words “Cameron Diaz” and “marriage” you will find similar comments. “I think people get freaked out about getting married and spending 20 or 30 years sleeping with the same person,” she said last year. Her advice was to “Have someone for five years and another person for another five years … Life is long and lucky and yes, love might last forever, but you don’t always live with the person you love forever.”

Comments like these from a popular actress naturally attract attention, but to be fair Diaz is only reflecting a growing belief among many people in America. America has the highest rate of divorce in the Western world; increasing numbers of single adults choose to live together without marrying, and more children than ever before are born outside of wedlock. Many are concluding that marriage is not only broken, but also unnecessary.

Dr. Keith Ablow, a psychiatrist, author, and commentator for Fox News, wrote a provocative article last week in which he declared, “Cameron Diaz Is Right—4 Reasons Why Marriage IS a Dying Institution.” Ablow seems to be heavily influenced by his experience with his patients:

Well, I’m not certain marriage ever did suit most people who tried it. From what I hear in my psychiatry office, and from what I hear from other psychiatrists and psychologists, and from what my friends and relatives tell me and show me through their behavior, and from the fact that most marriages end either in divorce or acrimony, marriage is (as it has been for decades now) a source of real suffering for the vast majority of married people.

Whew, that’s a pretty broad indictment … Marriage is a source of “real suffering” for the “vast majority” of couples? Somehow I doubt that Ablow is looking at a representative sample of marriages today. As one pastor comments, “The good doctor really does need to get out of his office more!  While he’s at it, he might want to rub elbows with some more normal folk, as it appears that no one he knows thinks very much of marriage.  Oh, wait.  Dr. Ablow thinks that most normal people believe like his clients, fellow doctors, friends, relatives and he does.  How else to explain his weirdly judgmental notion that: ‘Very few normal people who live together for long enough want to keep on doing it.’”

In his article Ablow makes it clear that he believes marriage is not beneficial for human relationships. He concludes:

It’s only a matter of time now. Marriage will fade away. We should be thinking about what might replace it. We should come up with something that improves the quality of our lives and those of our children.

Well, I don’t think it will be difficult for you to guess what I think of all this. Marriage is facing some big challenges today, but I don’t think it’s an outdated, dying institution. And I certainly don’t agree that we should replace it with something different. I’m convinced that the weakening of marriage is a disastrous trend—not only for individuals, but also for our nation and our culture.

I originally send these thoughts as part of FamilyLife’s Marriage Memo e-newsletter, and I asked for readers to send me their thoughts.  What did they think of the state of marriage in our culture today.  Did they think it is a “dying institution”?  I was surprised by the quick response–we received over 200 e-mails and more than 40 online comments in the first three days.

There were differing opinions on the question of whether marriage is dying, but one thing came through loud and clear in nearly every message: You are troubled by the growing number of people who do not value marriage and don’t know how to build a lasting relationship. Here are some of your comments:

“It genuinely hurts to hear couples (even good friends of ours) who just give up on their marriage because they don’t want to work hard to maintain it.”

“We are becoming progressively more selfish, and marriage is not an institution that suits the selfish.”

“My wife and I just celebrated our 25th anniversary last winter and we can count one of my brothers and his wife and a handful of other couples among those we are close to who are still married to their first spouse. This includes many church friends. … My wife and I have four other siblings who have been married a total of ten times.”

It was also interesting to see a number of readers playing off the “dying institution” theme:

“What’s dying is the skill to maintain a long-term relationship. It takes actual work. And people either don’t want to do the work, or they have no idea how.”

“Marriage is not a dying institution, morality is. We have devalued relationship, loyalty and commitment in our society and made it all about what feels only good. Life is about struggle and pain sometimes with joy and fun mixed in. When the pain comes there is a misconception that it’s time the commitment should end. … While the marriages of our parents and grandparents had plenty of their own problems, families could count on the stability and loyalty that came with those relationships. … Not perfect and not always functional but the security was in knowing it would be there.”

And a few provided a good reminder: How could something created by God be outdated? One reader wrote, “God is the designer of marriage, it is to reflect the Son’s love for His bride, the church; it is to glorify God.  I think ultimately God will have the final say as to whether marriage lives or dies.”

We received over 200 e-mails in response to this article when it originally appeared.  Click here to read them.


Copyright © 2011 by FamilyLife. All rights reserved.

4 Proactive Steps to Take Before Stepfamily...

Among the hectic schedules and between-home dilemmas, stepfamilies can have fun memory-filled holidays, too. It just takes some extra work.
Read More

When most people think of separation, they think it's the beginning of the end. But the ultimate goal is reconciliation.
Read More 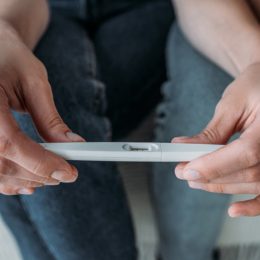 The Miracle and Hope of Life 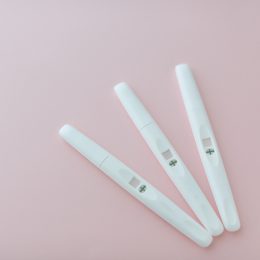