Go Back To All Fathers Articles

Are You an Approachable Dad?

Two qualities you must develop if you want your children to turn to you.

Samuel Goldwyn, the founder of the MGM studios, once said to a young associate, “I want you to tell me exactly what you think, even if it costs you your job.”

That sort of statement doesn’t make a person particularly approachable.

I’m sure that most fathers believe that their children are quick to approach them. But a survey in America’s most popular teen magazine, Seventeen, revealed that only 4.1 percent of the teenage girls in America felt that they could approach their fathers and discuss a serious problem. In other words, 96 out of 100 teenage girls don’t feel that their fathers are approachable. That is serious.

A USA Today poll indicated that when teens are under stress or in a crisis, they turn first to music, second to their friends, and third to TV. Moms came in at number 31 and fathers barely showed up at number 48.

Obviously, the superior option is number two. We want our children to come to us, and then together with us, evaluate and critique their peers. And the child who feels that he can approach his father has a tremendous advantage.

So what makes a father approachable?

1. An approachable father listens. President Franklin Roosevelt often had to endure long receiving lines at the White House. He complained that those receptions were so superficial that no one was really listening to anyone else. To prove his point, at the next reception, he murmured to each person who came by to shake his hand, “I murdered my grandmother this morning.” The guests smiled and responded, “Isn’t that wonderful!” or “Keep up the good work” or “It’s such a pleasure to meet you, Mr. President.” It was not until the ambassador of Bolivia came through that he found someone who was really listening. The Bolivian ambassador gave the president a slight bow and then said, “I’m sure she had it coming.”

When you listen to a child you are subconsciously telling that child that he is important. There is nothing more encouraging to a child—preschooler or teenager—than to have her father’s undivided attention when she is speaking to him.

I was a speech communications major in college. I still remember a persuasive speaking course that was the best course I ever had in college. It wasn’t until years after I graduated with a communications degree that it dawned on me that I never had one course in listening. In communication, someone has to speak. But someone also has to listen. And if the listener and the speaker don’t connect, there has been no communication.

When your kids talk, look them squarely in the eye. If they are little toddlers, from time to time get down on a knee so you can listen to them at eye level. They will love you for it. And they will come back for more.

That’s certainly what David did. Note how he responds to the Lord who listens:

I love the Lord, because He has heard
My voice and my supplications.
Because He has inclined His ear to me,
Therefore I will call upon Him as long as I live.
(Psalm 116:1-2, NKJV)

2. An approachable father understands. Let me put this on the table. Kids who feel consistently misunderstood by their fathers are not going to approach their fathers. They are going to find someone else to talk to.

Your children feel the same way. But when they know they have a dad who understands, or at least wants to understand, well, you won’t be able to keep them away.

By the way, your children need a dad who can understand their tears. Listen to those tears. You don’t need words. Hear the tears. Tears communicate. And good dads know how to interpret their meaning.  I think Max Lucado explains them best in his book, No Wonder They Call Him Savior:

Those tiny drops of humanity. Those round, wet balls of fluid that tumble from our eyes, creep down our cheeks, and splash on the floor of our hearts … they are miniature messengers, on call 24 hours a day to substitute for crippled words. They drip, drop, and pour from the corner of our souls, carrying with them the deepest emotions that we possess. They tumble down our faces with announcements that range from the most blissful joy to darkest despair.

The principle is simple; when words are most empty, tears are most apt.

What do you do when words won’t come? When all the nouns and verbs lay deflated at your feet, with what do you communicate? When even the loftiest statements stumble, what do you do? Are you one of the fortunate who isn’t ashamed to let a tear take over? Can you be so happy that your eyes water and your throat swells? Can you be so proud that your pupils blur and your vision mists? And in sorrow, do you let your tears decompress that tight chest and untie that knot in your throat?

Or do you reroute your tears and let them only fall on the inside?

Not many of us are good at showing our feelings, you know. Especially us fellows. Oh, we can yell and curse and smoke, yes sir! But tears? “Save those for the weak-kneed and timid. I’ve got a world to conquer!”

We would do well, guys, to pause and look at the tear-stained faces that appear at the cross … the tears of Jesus. They came in the garden. I’m sure they came at the cross. Are they a sign of weakness? Do those stains on his cheeks mean he had no fire in his belly or grit in his gut?

Here’s the point. It’s not just tears that are the issue, it’s what they represent. They represent the heart, the spirit, and the soul of a person. To put a lock and key on your emotions is to bury part of your Christ-likeness.

David described the Father in these words:

[He] is near to the brokenhearted,
And saves those who are crushed in spirit. (Psalm 34:18)

Make sure that you are near when your kids are broken-hearted. And when their spirits get crushed, be quick to hold them, and to love them, and to comfort them. That’s a man’s work. That the work of a father. That’s what real men do for their children.

And don’t be afraid to shed a few tears yourself now and then. If Jesus could do it, so can you.

You can hear an interview with Steve Farrar on FamilyLife Today.

This past year was filled with losses—jobs, plans, loved ones. But despite the hardship shadowing 2020, the wins shine through.
Read More

10 Things To Give Thanks for This Year

We’re called to “give thanks in all circumstances…” But with its challenges, it can be hard to name things to give thanks for this year.
Read More 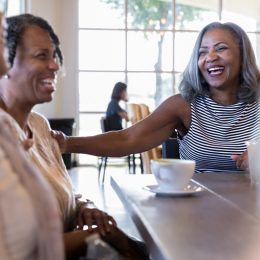 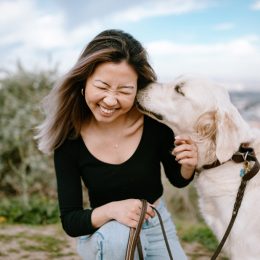