Go Back To All Character Development Articles

Teachable Moments from Your Epic Parenting Fails & Other Disasters

Let’s call this Exhibit A. It was a phone call to my 4-year-old I wished I didn’t have to make. It was also an unforgettable teachable moment … for me.

The whole situation had been so classically me at that stage of my life. Surrounded by the paper-towel-commercial life of multiple preschoolers, I rode alternating waves of apple juice, laundry, and exhaustion. My emotional control swung low.

When I’d attempt to leave the house with the perpetrators, one of them would mess their pants or fail to produce matching shoes (the nerve!). I never seemed to have enough margin. So we were always late, and I was always yelling.

Worse, after raging at my son that morning, I didn’t offer a heart-level apology. Whether he realized it or not, I’d still been infuriated and focused on his error. Hence, I picked up my cell to call him at my mom’s and attempt something more Christlike.

What I’ll always remember? His response.

The power of this teachable moment lay in my 4-year-old repeating the encapsulated gospel back to me. He not only got it; he applied it. (Granted, that night after he spit on the bathroom mirror, his response felt less glorious: “I want to let you know that even when I do bad things, I still love you.”)

But God’s underlined this theme through so much of my parenting life. Those moments that feel like sheer failure or loss or chaos? He seizes them as disciple-making, God-honoring moments.

Exhibit B: The failed audition

My 13-year-old and I sat across a sticky table from each other at the local donut shop. He held this maple-frosted planet in hand, totally at my permission (unusual for my anti-sugar tendencies). His tears had dried, a whisper of salt on his cheeks.

“I just feel like I have more setbacks than wins,” he shrugged.

That was the day that, out of the four saxophonists who auditioned for advanced band, three made it in. Being No. 4 stunk.

He’s also my kid with learning disorders. But that means that out of my four kids, three find school relatively easy. One doesn’t. (Sensing a pattern?) My son was becoming good friends with striking out.

My heart wanted to scoop him up like when he was little and let him laugh out loud at Clifford the Big Red Dog. (Maybe that would compound a teenager’s sense of failure?)

But this was an open door to:

Believe it or not, one of my son’s strategies—to audition with a different instrument—became a possibility. And he made it to advanced band.

But here’s the bonus: He’s a different kid because of his failure. A better one.

A year later, I received a medical report instructing doctors “Lymphoma is a primary consideration” for the mysterious lump on this same son’s neck. I scrawled medical terms describing said lump on the reverse of an index card holding the guest list for his birthday.

I was undone. And my husband and I still had to tell our son.

The three of us huddled close enough I wasn’t sure whose tears were whose. Gasping for breath, my son started muttering what he was thankful for. He said things like, “God has a good plan for this. And even if I die, I get to be with Jesus, right?!”

The next morning, as we prepared to go for bloodwork, he restated he wasn’t that worried.

“Mom,” he insisted, “I have complete faith that God has a good plan for this. God had a plan for [our recently passed toddler friend]. And God has a plan for me. I mean, he’s not the kind of God who goes around giving people tumors for fun.”

There in the dark, God shaped a disciple of both of us.

We tend to think of a teachable moment as having Bibles in hand, devotions around the table, or a moral epiphany like the end of an episode of Lassie—i.e. far from parent fails and other forehead-cradling vignettes.

But from the very first failure in Eden, God’s been in the business of declaring, “I’ve got this. This, too, belongs to me.” In His first words to Adam and Eve after they blow it on behalf of the whole world, God promises a Savior (Genesis 3:15).

Throughout the Bible, God delights in pulling what’s stunning out of people despite moments profoundly humble, defeated, unexpected, messy. (Sounds like parenting.)

He taps a shepherd boy to be king. Saves His people through a prostitute-turned-spy, asking the country to stroll around a walled city seven times. He rescues despite invading armies, beckons fishermen to walk on water during a storm, prefers to literally be born in a barn.

He specializes in yanking beauty from ashes, saints out of murderers and thieves, joy from the ugly cry, living people from dead ones.

It’s why a teachable moment doesn’t just happen when we have our ducks in a row, but also when we clearly don’t. This is the God who said to Paul, “My grace is sufficient for you, for my power is made perfect in weakness.”

Paul probably didn’t expect he’d gain the most disciples while in prison or by being stoned. Maybe you didn’t anticipate you’d have a kid with that behavior issue. Or you’d have this diagnosis. Or there’d be that bully at school, this loss of a job, that learning disability.

Just as He planned a storm to set the stage for Jesus calming the sea, He orchestrates your family’s days and times to display His power, kindness, and redemption.

What could it look like to transform the bad moments?

My friend told me as I mulled over yet another parenting fail: “The point isn’t that we’re perfect, but that our kids see our need for Jesus.”

Wondering what it could look like to create a teachable moment from a mucky one? A few ideas:

Some of your family’s cringiest, lowest, and most embarrassing moments can—in the scope of what matters forever—be transformed. The key? Play out how God’s loved us: His gospel.

What could your family’s “failures” become?

Janel Breitenstein is an author, freelance writer, speaker, and frequent contributor for FamilyLife, including Passport2Identity®, Art of Parenting®, and regular articles. After five and a half years in East Africa, her family of six has returned to Colorado, where they continue to work on behalf of the poor with Engineering Ministries International. Her book, Permanent Markers: Spiritual Life Skills to Write on Your Kids’ Hearts (Harvest House), releases October 2021. You can find her—“The Awkward Mom”—having uncomfortable, important conversations at JanelBreitenstein.com, and on Instagram @janelbreit.

It Takes a Village: 3 Reasons to Parent in Community

After a season of isolation, I miss parenting in community. Here are three reasons it takes a village and why we’d all benefit from one. 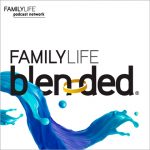 64: Seasons and Rhythms: Strengthening Your Family Throughout the Year

with Gayla Grace, Shannon Simmons September 13, 2021
Special days give families an opportunity to honor each other, celebrate one another, and strengthen family identity. Ron Deal and his guests present ideas on how to creatively use a family calendar to strengthen family relationships throughout the year.