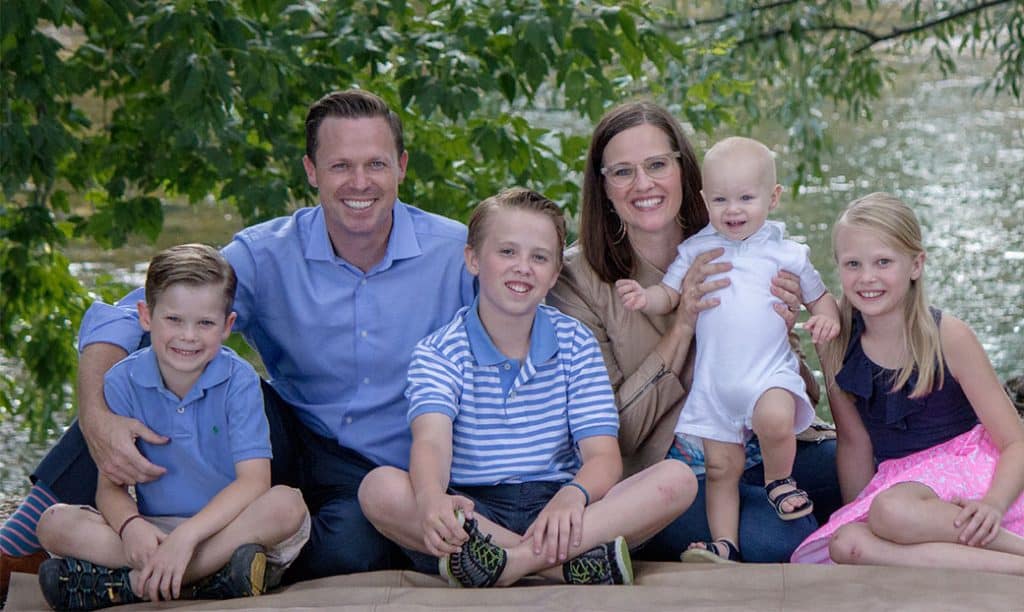 After helping strengthen tens of millions of marriages and families in 109 countries for more than four decades, Dennis Rainey announced to his team of 400 staff members today that David Robbins will succeed him later this fall as president and CEO of FamilyLife®, a ministry of Cru.

“I have observed that the tendency of ministry founders is to stay in the seat for too long and not make room for fresh leadership,” said Rainey, who co-founded FamilyLife with his wife, Barbara, in 1976. As early as 2007, Rainey initiated conversations with the FamilyLife board of directors about a leadership transition plan he felt needed to take place near his 70th birthday (in 2018). At FamilyLife’s 40th anniversary celebration in July 2016, Rainey shared with staff a plan to begin a leadership transition, and requested prayer as the board and executive leadership team worked to identify his successor.

“If we want to effectively reach and support the coming generations of marriages and families, we need a leader who is committed to the authority of the Scriptures, and is uniquely connected to and understanding of the issues associated with those generations,” said Rainey. “Barbara and I are fully confident that David and his wife, Meg, embody the commitment, experience, passion and vision needed to lead FamilyLife into the future.”

Robbins currently serves as a national facilitator for Cru’s Millennials Ministry, which he and Meg launched in 2012. The initiative targeting 20-somethings quickly grew to reach a network of 1,000 millennials in New York and spread nationwide, establishing teams in 15 other cities across the U.S.

“In an increasingly secular world, we often observe how marriage and parenting are two areas in which people actually are willing to listen to a biblical perspective and worldview,” said Robbins, whose passion for families has driven Meg and him to provide extensive pre-marital and marriage counseling to dozens of couples, using FamilyLife resources. “We love connecting people to life-changing relationships, helping people experience Jesus in the deepest crevices of their souls, and holistically integrating faith, work, family and mission.”

Robbins will begin work as president and CEO at FamilyLife on Dec. 1. At least through 2018, Rainey will continue to host FamilyLife Today®, which can be heard in all 50 states through more than 1,100 radio stations, reaching an estimated audience of 1.6 million weekly listeners. In addition, Rainey will mentor new leadership, speak and write. Barbara will continue in her passion to equip women, wives and moms to pass on their faith through her Ever Thine Home blog and resources.

As a 17-year veteran of Cru, Robbins has served in a variety of capacities, including overseas team leader in Pisa, Italy, and national director of Campus Field Ministries, overseeing 175 field staff on 17 locations for campus ministries in Alabama, Florida, Georgia and Mississippi.

Robbins received his bachelor’s degree in business administration from the University of Mississippi. He currently lives in Manhattan with his wife and four children.

For more than 41 years, Dennis and Barbara Rainey and the ministry of the Little Rock, Arkansas-based FamilyLife have focused on strengthening marriages and families. The Raineys have authored or co-authored 49 books and small-group studies, and have spoken in more than a dozen countries. Through Ever Thine Home, Barbara has created dozens of resources that have been used in tens of thousands of homes to pass on the truth about Jesus Christ and celebrate the gospel.

Through The Art of Marriage®, FamilyLife Today® radio broadcasts, Love Like You Mean It® marriage cruises, and other events and resources, FamilyLife provides practical, biblical help for life’s most important relationships: God, spouse and children. This year alone, FamilyLife expects to influence more than 60,000 marriages through Weekend to Remember marriage getaways in more than 80 cities across the U.S. At the heart of FamilyLife is a volunteer network of more than 10,000 couples committed to impacting marriages and families in their communities.

FamilyLife has aggressively addressed the needs of stepfamilies through books, resources, small-group studies and the daily radio feature FamilyLife Blended®.

With nearly 12 million unique visitors from dozens of countries, FamilyLife.com has become one of the most popular websites for practical biblical help and hope on almost every issue facing marriages and families today. Visitors are finding thousands of FamilyLife Today broadcasts, articles and resources that help them do marriage and family God’s way.

FamilyLife’s global footprint recognizes that “family is an international language” and has now trained nationals in 109 countries. More than 2,000 volunteers give leadership and use FamilyLife’s platform of ministries. Resources and books have been translated into 49 languages and dialects.

In 2018 FamilyLife has plans to launch a major parenting training initiative to 1 million parents, called FamilyLife’s Art of Parenting® The small-group, video-assisted resource will be used to equip this generation with the biblical blueprints for raising children. In addition, a full-length feature film will be released in May, called Like Arrows—the compelling story of a young couple as they raise their children through the various seasons of parenting.

Watch clips from the staff announcement

Send the Raineys or Robbinses an encouraging message.

If you would like to send a note to Dennis and Barbara or David and Meg, please fill out the form below. Please limit your comments only to your thoughts for them during this succession transition. All other questions/comments should be sent to email@familylife.com. Thank you.