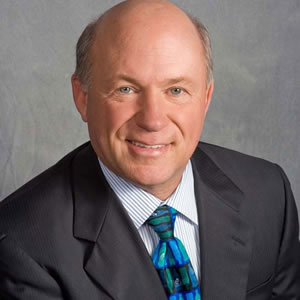 As president of one of the nation's largest family owned businesses, Chick-fil-A's Dan T. Cathy represents the next generation of leadership for the Atlanta-based quick-service chicken restaurant chain founded by his father, S. Truett Cathy. Since 2001, Dan has served as the president and chief operating officer of the 1,800-plus unit chain, but he also has personally challenged himself with upholding Chick-fil-A’s efforts to provide genuine, heartfelt hospitality, and ensuring that customers chain wide have an exceptional dining experience when visiting a Chick-fil-A restaurant. In his quest to provide customers with “second-mile” service (exceeding even the highest expectations of a typical fast-food restaurant), Dan has defined a special role for himself – humbly saying, “I work in customer service.”

Rather than leading from his corporate office in Atlanta, Dan chooses to spend the majority of his time traveling to the chain’s growing family of restaurants and interacting with Chick-fil-A’s committed team of restaurant Operators and team members. His actions stem from a belief that working in the field provides a clearer understanding of the ever-evolving wants and needs of Chick-fil-A customers, and leading from the front line also enables him to personally convey his servant spirit to the chain’s 70,000-plus employees.

Dan's nearly lifelong career at Chick-fil-A began at age 9 as he sang songs for customers and did radio commercials for the chain's original "Dwarf House" restaurant in Hapeville, Ga.

After receiving his Bachelor of Science degree in Business Administration from Georgia Southern University, Dan returned to Chick-fil-A where he served as director of operations – opening more than 50 new Chick-fil-A restaurants throughout the country.

And in his "spare" time, Dan earned his Airline Transport Pilot (ATP) license and has completed numerous marathons in Atlanta, Orlando, Los Angeles, Boston and New York. Additionally, Dan is a passionate trumpet player, gardener and an avid motorcyclist.

A native of Jonesboro, Ga., Dan has been married to the former Rhonda Palmer (whom he met while in the 1st grade at age 6) for more than 40 years. He has two sons, Andrew, Vice President of People at Chick-fil-A and Ross, Owner/Operator of the Midland, Ga., Chick-fil-A restaurant, as well as two grandchildren.

His personal passion is to see the fulfillment of the Chick-fil-A Corporate Purpose: "To glorify God by being a faithful steward of all that is entrusted to us. To have a positive influence on all who come in contact with Chick-fil-A."