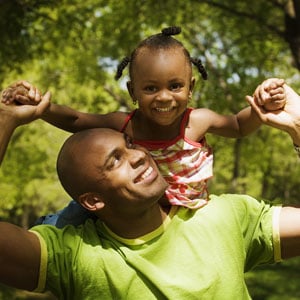 Dad, If You Only Knew

Father and son team Jim and Josh Weidmann talk about the dad deficit that is sweeping across our nation and inflicting sons with a deep wound that can’t be easily healed.

Dad, I Want to be Your Friend

with Josh Weidmann
Josh and Jim Weidmann talk about a son's deep need for a father's friendship. View Show Notes →

Suffering Under the Dad Deficit

with Josh Weidmann
Jim and Josh Weidmann talk about the dad deficit that is sweeping across our nation. View Show Notes →

Josh Weidmann has traveled the world speaking to churched and un-churched crowds about the truth of the Gospel from the authority of God’s Word for more than a decade (since his late teen years). Josh started preaching at a young age and soon found himself living out God’s calling on His life to communicate the Bible through whatever means possible.

After the 1999 Columbine high school shooting tragedy in his hometown, God used Josh as a voice of hope to his generation around the nation. Over the last decade, Josh has continued to preach the truth around the world. He has had the privilege of speaking for some well-known ministries such as Billy Graham Evangelistic Association, Youth for Christ, and others.

His years as a student at Moody Bible Institute served to deepen his understanding of God’s Word and equipped him for a long-term role in serving the church. Josh has had the privilege of fulfilling several pastoral roles in various churches in Colorado and Illinois, including a recent role as a lead pastor in Aurora, Colorado.

He currently serves as the Discipleship pastor of Mission Hills Church in Littleton, CO. He also leads and writes for a web ministry called www.HonestToGod.net. He and his wife, Molly, live in the suburbs of Denver with their two kids and enjoy loving Christ, loving each other, and loving on God’s people.