Go Back To All Pornography Articles

After about 40 minutes of nonstop complaining, the man who came into my office for counseling finally paused. He wasn’t happy with the frequency or quality of sex with his wife. He wanted to know how he could convince her to have more sex and spent most of his time attempting to build a biblical case for his “rights as a husband.”

He briefly attempted to avoid the question but soon abandoned his denials and came clean.

1. It turns sex into a performance.

There’s a reason the Bible uses the term “know” for marital sex. Sex was designed to do more than allow couples to experience pleasure or reproduce. It’s about learning to get in sync with your spouse. It’s about communicating, listening, and responding. It is about knowing each other.

If we try and emulate what we see others do, we become mere performers, and any chance of experiencing intimacy dies.

Pornography trains you to believe women like X and men like Y. The thing is, pornography producers can make almost anything look alluring with the right music, lighting, and sound effects. Linger in the world of pornography too long, and you may find things you once found disgusting slowly become attractive.

This is how Hollywood can produce a movie series about a rich and powerful man violently dominating and sexually demeaning a woman and make millions—with a primarily female audience!

Can sex in Christian marriage can be spectacular? See our online course!

4. It fosters a pattern of deception.

The more of ourselves we hide, the further we drift from marital oneness. When spouses eventually find out, they will feel betrayed.

5. It increases your chances of divorce.

Even if you don’t currently think you have a problem, pornographic media still distort our sexual thinking and can serve as “gateway drugs” to even more explicit content. And like any addiction, tolerance eventually develops. The more sexually explicit content you consume, the less it affects you.

For those of us whose primary sexual stimulation is visual; our bodies can become desensitized. In severe cases, you may even lose the ability to be sexually stimulated without ever-increasing doses of explicit content.

But thankfully, we can retrain ourselves to respond differently. Read “Finding Freedom for Pornography” to find out how.

In Matthew 5:28, Jesus said, “But I say to you that everyone who looks at a woman with lustful intent has already committed adultery with her in his heart.”

Without pornography, sex is free to be a pure expression of love, vulnerability, discovery, and intimate communication. There is no need to hide. There is no “standard” of beauty or sexual prowess to compare yourself. Like Adam and Eve in the garden, your spouse becomes your standard of beauty, and you can learn to be “naked and unashamed” (Genesis 2:25).

If you want true sexual intimacy in your marriage, don’t crowd your bedroom with images and fantasies of others. Learn to forget every piece of sexual information that hasn’t come directly from your spouse and trade the imaginary for an extraordinary reality.

Most men would swim through shark-infested waters rather than admit our failures and weaknesses. 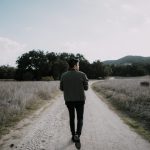 with Joe Rigney February 3, 2021
When you're in a war, like pornography, it makes sense to have a strategy for the battles. Dr. Joe Rigney talks about how to overcome the enemy and walk in victory.