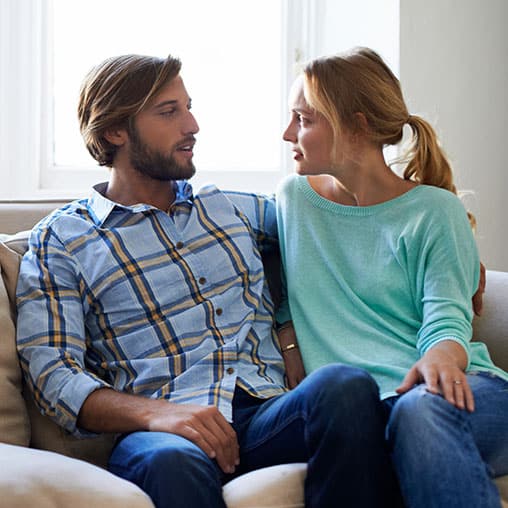 F
00:00
All of us need to practice apologizing and asking for forgiveness. Jerry Bridges, Gary Rosberg, Gary Chapman, Dan Dumas, and Priscilla Shirer help us see our shortcomings and how we should humbly respond.

All of us need to practice apologizing and asking for forgiveness. Jerry Bridges, Gary Rosberg, Gary Chapman, Dan Dumas, and Priscilla Shirer help us see our shortcomings and how we should humbly respond.

Dan: We say: “Yes, you’re right; you’re right. I see your vantage/I see your view now. I see where you’re coming from.” But they never go back and fix it with everybody in the room.

I said, “I want you to have that experience. I want you to do the hard thing.” Even when we left/we drove back, I said, “How do you feel?” He said, “It feels like a burden’s been lifted. It feels lighter than it did before”; because you’ve got this awkwardness that fully wasn’t cleared/the air wasn’t cleared.

Now, we could have—I mean, as far as everybody was concerned/because the people were not believers—and so they were quick with: “Oh no! You don’t need to say anything, son! We forgive you. It’s no big deal.” They were just minimizing; I said, “No, he has to do this.” I made him come into their dining room; everybody drops the fork—kind of—it was thick air, you know?

Dan: He did it; he owned it and made it right.

I noticed, later in the day, they were all playing basketball again. I’m not so sure they would have if I had not chosen the harder path for him to go reconcile with the whole family. I think he would have taken easy street and just gone and played with some other kids at another house.

Michelle: Dan Dumas, beautifully sharing the gospel in how he helped his son successfully close the loop in communication with the friend. Not only does it build a better relationship/a deeper relationship, it also shows God in their lives and how He wants to restore people.

Remember, at the beginning of today’s broadcast, when Dr. Jerry Bridges was helping us to understand what sin really is? He shared part of Simon Peter’s introduction to Jesus. This was when Jesus was calling His disciples. Simon Peter—he fell to his face, and he said, “Depart from me, God, for I am a sinful man! I’m not fit to be in Your presence.”

That line that Jerry quoted—that actually comes from Luke 5. You see, Simon Peter was a fisherman: that was his job; that was his bread and butter. He had been fishing all night long, and he came in without a fish/without a catch. He’s exhausted from all this strenuous work. And thiswas when he meets Jesus—when he’s empty, and he’s exhausted—and Jesus says, “Hey! Try the other side of the boat. Try the deeper water.”

I’m not going to finish this story; actually, I’m going to let Priscilla Shirer finish the story. Here she is, talking about those deep waters that Jesus sent Peter back into.

“So when they had done this, they enclosed a great quantity of fish.” So much so, y’all, that their nets started breaking!—that’s a lot of fish. Verse 7 says, “They signaled to their partners in the other boat for them to come and help them, and they came and filled both the boats, so that both of them began to sink.” I bet you Simon has never seen a fishing trip like this one before in his life. [Laughter]

Simon was called out into deep water. Shallow water is so much easier, isn’t it?—the place where we can stand on our own two feet; we can keep our head above water. But oftentimes, for many of you, you already know He is calling you to the deep—the deep water—the risky place of just trusting Him/of full abandoning, where you cannot catch your feet onto the ground for anything. You just don’t have what it takes to not be in over your head. You are in the deep, risky place of faith.

It’s safer/seems safer and easier to stand in the shallow waters and to stay there. But listen; you are better off in the deep water with Jesus than in the shallow water without Him, my friend. [Applause] If He’s calling you deep—if He’s saying, “Stay; stick in the towel. Don’t give up! Come with Me into the deep, risky place of faith,”—it is in deep waters where miracles happen!

You know, when He gives us this gift of going into that deep water, He gives us the gift of a deeper relationship with Him. That’s a really good thing that I hope you’ll think about this weekend.

Next week, we’re going to talk about just how you share about that gift of salvation with your friends, and neighbors, and family members. Holly Melton is going to join me for a very special conversation about Christ and about sharing Him with the world. That’s next week on FamilyLife This Week.

Thanks for listening. I want to thank the president of FamilyLife®, David Robbins, along with our station partners around the country. A big “Thank you!” to our engineer today, Keith Lynch. Thanks to our producers, Marques Holt and Bruce Goff. Justin Adams is our mastering engineer, and Megan Martin is our production coordinator.