Reaching Out with Compassion

As we interact with the LGBTQ+ community, we need to balance truth with love and compassion.

Yvette Schneider remembers clearly the night that she and some of her friends were going out for a night on the town:

One Saturday, I was going to a lesbian bar in Long Beach with some of my friends when I saw some people passing out tracts. I thought, “That is it.” I had had it. I walked up to the guy and I said, “Don’t you have anything else better to do on a Saturday night than come here and harass us?” He said,”I am so sorry.  I do not mean to offend you. You can take this tract and you can read it, or you don’t have to, but I am just here to tell you how much Jesus loves you.”

I felt two inches tall. It just completely put out my fire. It didn’t keep me from going into the bar, but it did make me think maybe all Christians are not as bad as I thought they were…

I thought about that story this week after the Supreme Court issued two rulings that opened the door for gay marriage in the United States.  These decisions have been all over the news, as well as Twitter and Facebook.  Some folks are ecstatic.  Some are angry.  And others still haven’t quite formed an opinion.

How about you? How have you reacted to the news? As you respond, I’d encourage you to consider these instructions from Colossians 3:5-8:

… consider the members of your earthly body as dead to immorality, impurity, passion, evil desire, and greed, which amounts to idolatry. For it is because of these things that the wrath of God will come upon the sons of disobedience, and in them you also once walked, when you were living in them. But now you also, put them all aside: anger, wrath, malice, slander, and abusive speech from your mouth.

This passage makes it clear that God’s wrath is coming one day on those who are the sons of disobedience, those who practice immorality, and those who indulge in lustful passion. But without skipping a beat, it also instructs us to not respond to those practices with anger, wrath, malice, slander, or abusive speech.

Ask yourself this question: As you think about the LGBTQ+ movement in our culture today, does it make you angry? Does it stir up wrath? Malice? Have you been guilty of slander? Abusive speech?

So, as those who have been chosen of God, holy and beloved, put on a heart of compassion, kindness, humility, gentleness and patience; bearing with one another, and forgiving each other, whoever has a complaint against anyone; just as the Lord forgave you, so also should you. Beyond all these things put on love, which is the perfect bond of unity.

Again, when you think about the LGBTQ+ community, are you disgusted, or moved to compassion? Do you reach out with kindness and humility, or with contempt and a quiet self-righteousness? Are you gentle or harsh?

Why do you think Yvette Schneider was surprised by the response she received from the Christian she confronted at the lesbian bar in Long Beach? Perhaps it was because our response to the LGBTQ+ movement in our country has often not been Christ-like.

As those who embrace the Bible, one of the problems we face as we speak out against LGBTQ+ activity is that we often sound self-righteous. Our views are easily dismissed when our opponents see us displaying anger and disgust rather than kindness and compassion. They think we believe that because we are monogamous heterosexuals we are somehow morally superior.

Could it be that their charges of self-righteousness are on target? Could it be that we are viewed as appearing “holier-than-thou” because deep down, we believe there is something about us that makes us morally superior to LGBTQ+ individuals?

Maybe it’s time we re-think our response as Christians to those who are involved in LGBTQ+ practices. Let me suggest two steps I think we need to take before we continue to speak out on this issue:

Step one: Look in the mirror.  On the morning that Pastor Chip Ingram decided to address the issue of homosexuality with his congregation in Santa Cruz, Calif., he found himself face to face with LGBTQ+ individuals in his community. They had come to church that morning to hear what the local evangelical pastor had to say about how they are living.

Chip began his message with an apology. He asked those who are part of the local LGBTQ+ community to forgive him as a representative of the church for the way in which many Christians have been hateful and hurtful. He acknowledged that many times, Christians have poorly represented Christ in the way we have interacted. His transparent humility opened a door for him following the service to be able to speak personally with many LGBTQ+ individuals who were looking for a way out.

Perhaps before we engage with the LGBTQ+ community—either personally or as the body of Christ—we need to begin where Chip began. We need to ask for forgiveness for the things we may have said, done, or thought.

Jesus is very clear in His instructions to us. Before we stand to address the sin we see in the life of another person, we need to spend some time in front of the mirror. We ought to look carefully to examine our own sinful heart before we attempt to take our tweezers to any specks we see in someone else’s eye (Matthew 7:4-5). And if we see someone caught in a sin, we should first examine our own lives before we attempt to rescue someone else from his trap (Galatians 6:1-2).

So, as we watch the culture continue to drift, our first response as Christians ought to be a fresh invitation for a Holy God to search us, know us, try us and to see if there be any wicked way in us.

The reality is, there is enough sexual sin present in the church today that we may find ourselves disqualified from being able to address sexual sin in others. How would you answer any of these questions?

A fresh look at our own sexual sinfulness should drive us to the foot of the cross, where we can again find hope and forgiveness. Now, as those who have received the grace of God, we are ready to offer it to others.

Step two: Cultivate compassion.  Remember Jesus’ encounter with a woman who was guilty of sexual sin? John 8:1-11 tells the story of the religious leaders who brought a woman to Christ who had been caught in the act of adultery. How did He respond? First, He rebuked the self-righteous religious leaders; He knew that they were not motivated by compassion or kindness.

He then turned to the woman and with humility and gentleness, granted her forgiveness (“neither do I condemn you”), and exhorted her to holiness (“go and sin no more”).

In the place of hearts that are full of anger and contempt for those in the LGBTQ+ community, God wants to cultivate in us a heart for those who are living broken lives—whether they realize it or not. We are not ready to speak to this issue until our hearts are broken for the person who is caught in the snare of sexual sin.

Now let’s be honest, okay? When Rosie O’Donnell showed up on national TV recently calling President Bush “immoral” for his support of the Federal Marriage Amendment, then flying to California to be “married” to her girlfriend/partner, did you find your heart moving to anger or compassion? Did you think to yourself, “Just who is calling whom immoral?”

The parable of the unmerciful slave comes to mind here. In Matthew 18:23-25, we find Jesus’ story about the man whose master had forgiven a huge debt. This man then refused to forgive someone who owed him a little. Christ has forgiven us of our great sin. How can we do anything but to humbly hold out the same grace to others who are caught in sin?

When we do speak, we must be sure we speak the truth in love (Ephesians 4:15). Ultimately, what LGBTQ+ individuals need is the grace of God and a saving relationship with Christ. While their sin may be different than your sin, their need is no different.

Remember Yvette Schneider, the young woman who was confronted by compassion outside of a lesbian bar in Long Beach? The turning point in her life came not long after that, when a co-worker befriended her. “Jeff was a Christian who had deep religious convictions.  He carried a Bible with him and wallpapered his office with index cards containing scripture verses. When I first met Jeff, I was a lesbian activist who disliked outspoken Christians. But because of his persistent good will and kindness toward me as a person, Jeff disarmed me and later was instrumental in my conversion to Christianity. He modeled how Christian people should demonstrate compassion and kindness.”

Jeff’s friendship with Yvette provides a pattern for all of us to follow as we seek to offer compassion and grace to those in the LGBTQ+ community. In particular, Yvette remembers that Jeff was a friend who seemed to care about her and her life. They talked about a wide variety of subjects of interest, not just about her sexual orientation. Yvette remembers that Jeff would see her on a Monday and would engage her in casual conversation, asking about her weekend or her family or other topics of interest.

When the issue of sexual orientation did come up, Jeff didn’t avoid the hard issues, but he didn’t seem to be angry with her. He was open with her about his own life and his own struggles with sin. He was humble. He showed unconditional love and concern. And, as she learned later, he prayed for her regularly.

I believe in the months and years to come, there will be people who have either sampled or participated actively in LGBTQ+ activities who are going to be looking for a way to deal with their shame and their guilt. They are going to be looking for a way out of the lifestyle. Would these people even think to look to the church for help? Would they think of us as “kind people who really care about me” or as angry, hate-filled men and women who will only make them feel more ashamed of where they have been? Are we preparing ourselves as the church to be ready to provide help and hope to those who will be seeking a way out?

6 Ways to Make Memories with Your Teen This...

If you find yourself struggling to engage your teen this Christmas, here are a few ways to make memories this season.
Read More

Anxiety About the Election: 3 Things to Reme...

As my son and I talked through his anxiety about the election, I realized his fears ran much deeper than mere policy preferences.
Read More

How Can I Be Thankful When My World’s a Wr...

So many of us are struggling to catch our breath this year. Gratitude might even feel wrong. So how can we be thankful?
Read More 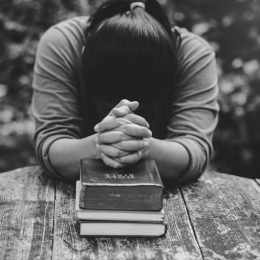 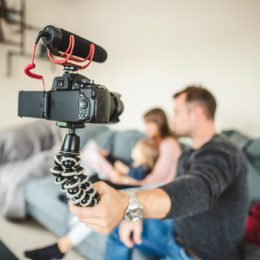