She Told Her Husband He Had to Leave

Three-year-old Valentia and her two brothers hid silently under their bed, listening as lamps crashed, books hit the wall, and two high-pitched voices shouted accusations back and forth. The children’s parents, Eduardo and Diana Rivadeneira, were arguing in their locked bedroom … again. 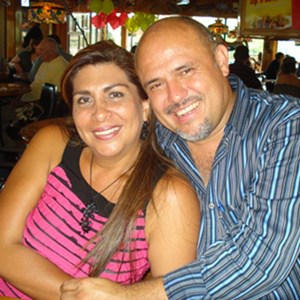 The family lived in Ecuador, where Eduardo was a respected civil engineer by day but usually drunk or stoned by night. A “mean drunk,” he had become just like his alcoholic father. That was something he once vowed he would never do.

Now, after 10 years of marriage, Eduardo’s drunken outbursts had crossed the line. Diana was even fearful of what might happen to the children one day. That’s why she asked the nanny to teach them to hide at the first sign of trouble.

As things got worse, not even Diana could ignore her deep marriage problems. She knew that she had to do something. “It was impossible to live with Eduardo like that,” she says. “I didn’t want him to go near me.”

Her sister told her to leave Eduardo. Even the children said that they were afraid of their own father and did not want him to live in the same house.

Coming from a family that did not believe in divorce, Diana didn’t know what to do. Then a friend said he would come to their home and tell Eduardo himself that he had to leave.

“Your family doesn’t want you to stay here,” he told Eduardo one evening. “If you want to save your marriage, you have to leave for a while, and look for help.” Eduardo surprisingly agreed. But he didn’t know then that Diana did not want to be married to him anymore.

“Find God in your life”

When Eduardo finally left, Diana was relieved. She thought, No more fights in this house. But after a while her youngest child said, “I miss my dad.” Diana knew she could not just shut the door to the past.

She told Eduardo that he could visit his children. But when he came to see them, they just said hello and then retreated to her room to play by themselves. “I was there to see my children,” Eduardo recalls, “but they didn’t want to see me.”

Even Eduardo’s family avoided him. So he had a hard time finding a place to live. Because he used alcohol and drugs, his mother told him, “My doors are closed for you.” At last a friend who owned a business allowed him to move into a tiny room designed for a security guard.

Life was closing in on Eduardo. Where could he go? “God,” he said, “I want to be better.”

Diana says that most people in Ecuador say they are a Christian, but few are actual followers of Christ. Her mother, however, had a sincere faith in God and took her problems to Christ. She prayed often for Diana, and told her over and over, “Find God in your life, and He will help you.”

Instead, Diana sought advice from fortune tellers, which is common in Ecuador. She went to four of them, looking for just one to say divorce was in her future. Surprisingly, the fourth one gave her an answer she didn’t expect: “If you are thinking about starting a divorce, it is not the best thing to do.”

As Diana drove home that day, the words of her mother echoed in her mind, “You need to seek God … seek God … seek God.” And when she got home she went to her bedroom and slipped down on her knees by the side of her bed. Through tears she said, “Okay, God, if you are real, You need to fix this. I am dying. I don’t have life anymore. But if You are real, I can’t see You. I don’t know where You are. Some people are telling me about You, that You are the answer to my marriage and my family, but I need to see if You are real.”

Weary from the ongoing struggle within her heart, Diana surrendered and gave her problems to God.

“God gave me another opportunity to see my own life”

Eduardo noticed that there was something different about Diana. It began when he tried to argue with her and she refused to argue back. She said his fight was not with her, but with God. Her words made no sense to Eduardo.

As Diana’s brother Hugo watched Eduardo and Diana struggle, he remembered a time when he thought his own marriage would end in divorce. That’s when he began to follow the ways of Jesus Christ and his life took a 180-degree turn. So he was unwilling to give up on Eduardo and Diana.

Hugo invited Eduardo to a Bible study. Truly at the end of himself, Eduardo agreed to go. “God gave me another opportunity to see my own life,” Eduardo says. He asked God to forgive him for the many wrongs he had done and to restore his broken family.

Things started to improve for Eduardo and Diana, step by step. “God was changing my heart and mind on everything,” she says. “I was a different Diana.” But a different Diana did not mean that she wanted to get back with Eduardo.

When Hugo asked Diana if she would go to a Weekend to Remember® marriage getaway with Eduardo, she thought he had lost his mind. There was peace in her home when Eduardo wasn’t there, and she wasn’t sure if Eduardo’s claim of a changed life was genuine.

Finally, Diana agreed to give the getaway a try. She hoped that Eduardo would return from it knowing that they should not be married. Maybe then he would leave her alone for good.

“Okay,” she told Eduardo, “I am going with you, but if you touch me, if you put your hands on me, I will scream.”

So Diana and Eduardo were not holding hands as they joined about 25 other couples for a Weekend to Remember getaway. Dr. Leonel Motta and his wife, Miriam, were the speakers. The first session dealt with roles in marriage and Diana was shocked by what she heard.

She had blamed Eduardo for all of their marriage troubles, but now she realized that she had played a part, too. The speakers explained what a wife should do in her home, and Diana says “I wasn’t doing any of that.” She had been acting more as a mother to her husband than a wife. She had not followed Eduardo’s leadership.

“I started to listen to the voice of God in my heart,” Diana said. “It was as though God said, ‘If you want Me to forgive you, you have to forgive him.’” So Diana turned to Eduardo after the first sessions and asked him to forgive her for not being the wife God had wanted her to be.

Eduardo could not believe what she was saying. Everyone had said their marriage problems were all his fault. He says it “broke my heart, my mind, my everything. I still think of that moment.”

And then Eduardo said, “Diana, will you forgive me?”

“I don’t know what you are doing, but keep doing it because it is working”

Two weeks after the Weekend to Remember, and a year after Eduardo had left home, the woman who did not want to be married anymore invited her husband to come back home … to start their relationship over again.

The woman who was adamant about not giving her husband one more try was grateful that God had not given up on her. Now she would not give up on Eduardo. She watched in awe as he changed more and more. He no longer used foul words and was kind to Diana and the children. Their oldest child said, “I don’t know what you are doing, but keep doing it because it is working.”

The Rivadeneiras started reading books about marriage and joined the Mottas’ small-group Bible study for couples. They soaked in everything they could about building a godly relationship. When their marriage was healthy, they began giving hope to others. 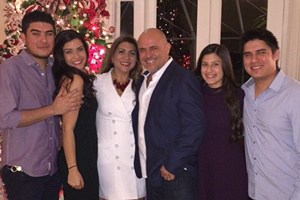 America and in the United States. They have also organized events using The Art of Marriage® and Stepping Up® video series.

“We are not the same Eduardo and Diana”

If Eduardo and Diana had not gone to that first marriage getaway, they likely would have divorced and never witnessed God do the impossible in their relationship. They would not have had their fourth child, a daughter. They would not have moved together from Ecuador to Florida and given hope to hurting couples there.

“The rest of our lives we will use our testimony to help any couple,” Eduardo says. Diana agrees. “We are not the same Eduardo and Diana,” she says. “We were transformed. … We have problems and situations but we try to handle them the way God wants us to. It’s a different way of life.”