Go Back To All Husbands Articles

3 Practical Steps to Biblical Leadership in Your Home

For the sake of our wives, we must once again assume our role as leaders who execute our God-given responsibility with humble hearts and loving service.

I spoke recently with a husband who had been separated from his wife a year earlier. Although both the man and his wife were angry and bitter toward each other, they attended a Weekend to Remember® marriage getaway to see if they could find any help for their struggling marriage.

The getaway had a profound spiritual impact on both of them. They began to understand the issues that had pushed them toward isolation, and they heard the practical steps taught in Scripture that could lead them back toward intimacy. For this husband, one of those steps involved a daily time of prayer and study with his wife.

By the time I met this husband, it was nearly a year since he had initiated that regular activity with his wife. “Since the getaway,” he told me, “we have started each day with a devotional time together. We read a passage of Scripture and we pray together. That one simple step has had a profound impact on our marriage.”

This was a husband who took a courageous step to lead his family. And it paid off.

Much has been written in our day about the paradox of servant-leadership. When two of the disciples asked for positions of prestige in the coming kingdom, Jesus explained a different plan in Matthew 20:25-28:

As pastor and author Robert Lewis points out in his book Rocking the Roles, the husband’s responsibility to be “head” of his wife does not give him the right to be a selfish, “lording” leader. Nor does it allow him the option of shirking his responsibility by becoming a “passive” leader. The divine design is for a husband to follow the road of loving leadership in his marriage.

Because many men have abused their authority as husbands and as leaders, we have tended to emphasize his role as a servant. Slowly, men are shaking off the passive detachment that has defined a generation of husbands. Men are beginning to assume their biblical responsibility to serve their wives, demonstrating their service through sacrificial action.

But in the process of emphasizing service, we may have oversold our case. Unless that sacrificial love is expressed by bold, biblically-ordered husbands who assume both leadership and responsibility for their homes, we will have simply traded one grievous error for another less obvious one.

As counter-cultural as this will sound, God has designed marriage so that a woman is to be under the authority of her husband. It’s not because she is inferior to her husband in her decision-making abilities. She is gifted by God in very special ways as a woman. She has been created with equal value and equal worth.

We’re not talking about ability or about value. We’re talking about function. God’s design is that a wife should look to her husband for leadership and direction for her life. She should want him to lead her, and should be ready to submit to his leadership as unto Christ.

For the sake of our wives, we must once again assume our role as leaders who execute leadership with humble hearts and loving service for our wives. Here are some practical steps a husband can take as he seeks to take on the mantle of a servant-leader:

1. Start leading! As husband and wife, it’s time for the two of you to sit down and begin discussing areas in your marriage where you need to start showing some leadership. Ask your wife to point out where you can be leading her and your family. It may be something as simple as initiating daily prayer with your wife. It may involve setting up a savings account to plan for future needs, and then making regular deposits.

Examine the major areas of your family and your life—your faith, your marriage, your family, your job, your relationships with friends, your service to the community, your physical health and well-being, your stewardship over the resources God has given you, and your recreational time—and decide where you need to take some initiative and begin leading.

2. Learn to judge in righteousness. If your leadership in the home is characterized by righteousness and by the fear of God, it will be like a beautiful spring morning to all who live in your home. That makes it incumbent on you as a husband to be a disciplined student of God’s Word, so that you might exercise your authority in wisdom. To the extent that you lean on your own wisdom and understanding as the source of your authority, you will be abusing your role.

Again, it’s no wonder why our culture has given up on the concept of men leading in their homes. Not only have men used their authority for selfish gain, but we have also failed to lead in seeking the wisdom and counsel of God. It’s easy to understand why women have judged our leadership at home as a failure and have looked for a way to reinterpret the command of Scripture.

3. Do some strategic planning. Most successful business executives develop a strategic plan, mapping out where the company is headed over the next five to 10 years. Yet many of those same businessmen are clueless when it’s time to think strategically about the spiritual, emotional, physical, and social needs of their wives. Ask these men about their five-year plan for their marriages, and you’re likely to get a “deer-in-the-headlights” look.

During a FamilyLife Today® radio interview, author Dan Allender described how he wrote a short-term mission statement for his wife. When he began explaining the idea, I thought it sounded presumptuous. But as Dan talked about encouraging and exhorting his wife to become all God wants her to be as a woman, as a wife, and as a mother, it was clear he was not being presumptuous. He was being the kind of leader his wife ultimately wants and needs him to be.

Gentlemen, it’s up to us. God has put us in charge. Have we prayerfully sought to map out a plan for the next five years of our marriage? It’s time to look ahead and make some plans.

As husbands, we have been assigned the task of leading our wives on our pilgrimage through earth to heaven. We serve them not when we do everything they ask us to do, but when we understand and cooperate with the sanctifying work of the Holy Spirit in their lives. We never see our role as an opportunity for privilege, but as a divine responsibility to lead our wives as they grow in grace.

Listen to classic content on a husband’s role in marriage from the FamilyLife Today® vault with featured guest experts over the last 25 years.


Learn more about building a biblical marriage by attending one of our Weekend to Remember® marriage getaways. It’s one of the best investments you could make in your relationship.

Adapted by permission from The Christian Husband © 1999 by Bob Lepine, Bethany House Publishers.

When Your Friends are Moving In Together Bef...

Your friends are planning on living together before marriage. What’s it look like to be a good friend when they’re moving in together?
Read More

When My Husband Said ‘No’ to Aborting Ou... 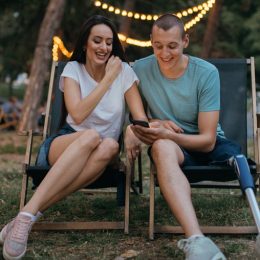 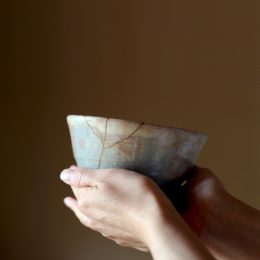